Some of you may or may not have seen the TV show "Orange County Chopper." I think it is on the Discovery Channel Wednesdays at 10:30, or at least it used to be. It is a great show and I would highly recommend it to anyone. It is reality TV, with actual reality. The cast of characters is a burly father (Paul Sr), the apprentice son (Paul Jr), and the always entertaining son (Mikey).

Paul Sr and Jr are constantly at odds about how the week’s project should be handled. The show often ends with cursing, door slamming, and someone walking out on the project. Mikey usually diffuses the tensions between Sr and Jr by saying something that everyone has to laugh at. My favorite was when he told Sr, "His (Paul, Jr) failures as a son, are your failures as a father." Despite all of the conflict, every project ends with a bike that is unmatched in quality and craftsmanship.

When I watch the show I can’t help but recall how I got started as a swim coach. My dear old Dad provided the opportunity. Instead of turning out motorcycles, we turned out swimmers. The tension wasn’t quite so dramatic as it is on OCC, and my Dad doesn’t bench press 495 pounds. It started out simply as a way for us to spend more time together. What it ended up being was the most valuable learning experience I have had in my young life.

I started coaching with my Dad when I graduated high school. At the time, he was one of the most successful coaches in Western NY. He had a summer camp that he was going to run at the high school pool in Orchard Park. Showing off his control-freak nature, he told me that I would be responsible for half of the material in camp, and in turn would receive half of the pay. I was kidding about the control-freak part; he is pretty low key. What I got (at a young age) was responsibility for leading a group. And I followed my Dad’s lead. I watched how every kid in the pool hung on his every word. He was never an Olympian, and by his account he was never a very good swimmer. That didn’t make a difference to a single kid in the pool. They weren’t there to hear about what he had done. They were there to learn. He made it a point that every kid in the program was going to get everything that he knew. It helps that he has been teaching high school for the past twenty-plus years. His mastery goes beyond just knowing stroke mechanics or practice methods. What made watching him so awe-inspiring was the relationship that he built with the group. The least efficient swimmer in the group was given the same amount of attention as the best swimmer in the group. When he chose his demonstrators he chose based on application of small details, not on who was the fastest.

The first summer that I returned home from school, I decided I was not going to do the camp because I wanted to make some fat cash for when I returned to school. When you are 18 turning 19, your ability to make money is as limited as your education and experience. Working construction was the only way to make good money for temporary work, so that is how I spent the summer. In addition I picked up work at my Uncleï¿½s Liquor store. I worked somewhere between 70-80 hours a week between the two jobs. For the first time in my life I had what I thought was real money, but I was more miserable than I had ever been. 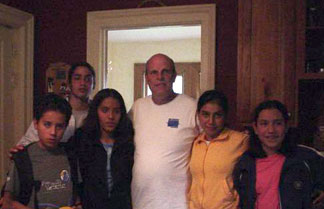 The following summer I vowed not to make that mistake again. My Dad let me know before I got home from school that he was going to run his clinic again. He asked if I wanted to do it again. This was exactly what I needed. The chance to enjoy what you do is a rare opportunity. It was the same deal as two summers before, I would be responsible for half and he would do the other half. This year I took a job as a coach of a summer-league team in Orchard Park. Every morning my dad and I would wake up, throw my bike in the back of the car, and head to the clinic. He really encouraged me to use my personality while I was coaching. He told me that what’s important is not what you know as a coach…but how much the swimmers know. With that in mind, he encouraged me to use new ways of explaining what I knew so that everyone could understand. When I watched him coach, I realized that humor can play a very vital role in communicating with kids. Watching his deck presence spawned my theory of public speaking: Start with a material-relevant joke, it will help get people loose. When people are laughing they will listen to what you have to say. Then you can present your information in a matter of fact manner so everyone can understand you. Finish with a joke that recaps what you have said, then ask if there are any questions. It made me happy to find work that allowed me to be myself as well as work side by side with a master.

I repeated this as my summer routine for the next three years. Each year I learned more and more about the technical aspect of swimming, but that paled in comparison to what I learned from watching the master. Without his influence I wouldn’t be writing this article. Perhaps my pseudo dream of being in HR would have come to fruition, and I would be doing that. I know that I wouldn’t be as happy as I am doing this, and I have him to thank for that. 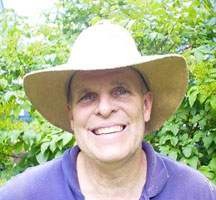 If it sounds like I am bragging about my Dad, I am. In a time when we are bombarded by the atrocities of many parents, why shouldn’t I brag a bit? Most people don’t get the opportunity to do that. My Dad made a decision a long time ago that he was going to dedicate his life to improving the lives of kids in the area. Every year at Christmas, it takes us extra hours to go shopping because we run into all of the kids whom my dad has affected throughout his life. His students always say, "Mr. A, I wouldn’t have graduated high school without you." Then they tell him how they are making something of themselves. If the words of Mikey from OCC are true "His (Paul Jr) failures as a son, are your failures as a father," then so is the inverse. My success as a son is his success as a father.

If you are interested in learning more about the master, Art Aungst, there is a very easy way to do so. He is the author of the book Long Strokes in a Short Season. The book details his skills as a coach throughout the course of his girls’ high school swim season. You can get a copy directly from the author himself by e-mailing him at [email protected], If you ask nicely he will probably autograph it as well.