Predictions? Speculations? The Olympics start this week and being part of the Olympic family, I’ve been thinking about what to write about all of this. First of all, I’m not a calling ANY races. Call it chicken, or whatever, the truth is, there is no telling what can happen in the Olympic arena.

Olympic competition brings out the best in some, while it brings with it an incredible amount of pressure, tension, and many other emotions. How each individual reacts is a combination of so many things, because each of these athletes has been focused on this meet for AT LEAST four years, some longer. The culmination of competing in the ultimate meet in the world will have a humbling effect on some, while others will thrive on it. I’ve even heard friends of mine tell me how disappointed they were with the whole experience WHILE it was going on.

This Olympics, at least in swimming, has already been filled with more speculation and predictions than ever before. Of course, thanks to Michael Phelps, our sport has gotten a HUGE shot in the arm with publicity. I’ve heard sports-talk radio hosts skipping baseball-trade talks to discuss swimming. It’s been a most incredible build up.

There has been all the talk about how the American’s need to act. How they have to be humble in their winning, how they have to be great sportsmen and women, which should be expected anyway. There’s also more talk about drugs and drug testing; in fact, already one athlete has been disallowed long before the games have even started.

There’s talk of security, terrorism, how the American athletes shouldn’t wear red, white, and blue anywhere outside the Olympic village. There have been messages traveling around about where to go, and where NOT to go. The reality of all of this makes the boycotts of ’80 and the Eastern-bloc boycott in ’84 seem trivial.

Last week, there was a story about another member of the International Olympic Committee being kicked out because of bidding-practice corruption. This, of course, comes as a total shock… cough cough.

While all of this talk, speculation of drugs, safety, sportsmanship, the poor US basketball team, no baseball team, 5-6-7 or 8 medals for Michael, I’m afraid the focus on these young athletes has been misplaced. Rather than talking about how cool it is for these athletes to MAKE the Olympics, it’s going to be highlighted by the people who tried to cheat, or who didn’t do what. 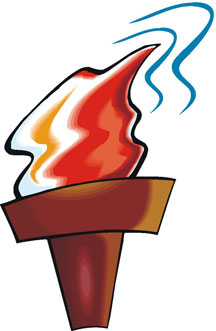 I guess you can say that I’m a bit frustrated with the buildup coverage, and I’m not exactly crazy about the human-interest spots that tend to obscure the actual races. I just know there’s so much more to see than what we see. I appreciate what so many of these people went through to get to the games, and I fear what society will turn them into should they not win.

I, for one, will enjoy the races. I’ll enjoy the emotional wins, and will also share the pain of the emotional defeats. We can’t get caught up in the whirlwind of network coverage to tell us how to define the people we see taking part. Rather, we should appreciate what the HUGE majority of these athletes have put themselves through just to take part. While I completely understand that the US athletes don’t go to the games just to take part, but rather to see what they can bring home, let’s let them carry their own pressure and not add to it. Let’s congratulate them on taking part in something so many of us only dream of, me included.

I envy them the competition they’ll take part in, I envy them the opening and closing ceremonies they’ll remember their entire lives, I envy them the anxiety prior to walking out in front of a global audience to show their skills. I don’t, however, envy them the global scrutiny should something go wrong. I guess you can’t have one without the other.

Just so it’s said. Those athletes caught using performance-enhancing substances with the new blood-testing schemes? I feel it’s very wrong if they did indeed try to cheat the system, and severe actions should be taken. However, until the governing bodies clean up their own acts, I’m in a position of not exactly knowing WHOM to believe.

All right, with all that said, "Let the Games begin!" Enjoy the show. GO USA! Sorry all my foreign friends, cheers to ALL the athletes!