This morning I was in the pool with a kid who has tremendous potential. At the end of practice I asked him to finish with a 100 — all out. I can’t recall exactly how it went down, but I think it went something like…whine, ahh!! I can’t do that. Or maybe it was ahh!! I can’t do that, whine. I get confused because all these complaints sound the same to me. After he got done feeling sorry for himself, I told him that he was going to have to dig deep into the well and find something to finish strong.

Shortly before he pushed off, I asked, "How deep is your well?" He answered quickly before he had a chance to think. He said, "It goes to China." The irony of the answer wasn’t lost on me. The 2008 Olympics is in Beijing, China. China is the obvious answer as well, even though it isn’t really true.

Today I asked the swimmer why he had said "China." He said he didn’t know. I asked him if he was aware of the irony of his choice. He said yes, because China — Beijing to be exact — is where he wants to go in four years.

This got me thinking about the importance of setting a goal and, more important, what it takes to get there. The analogy of the bottom of the well is one that I think works well for goal setting. I think that the analogy of getting to the bottom of the well works well for someone who has a goal. So we are going to take a metaphorical journey and build a well that goes all the way to China. 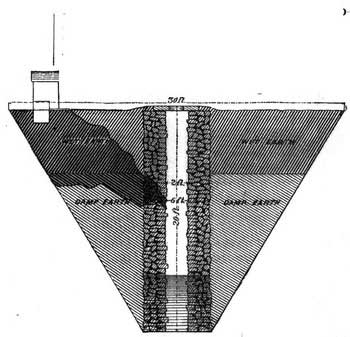 First, a well is built for a meaningful reason. There has to be some purpose greater than just digging a well for the fun of it. In this case the well is being dug to get to the Olympics. This is not an uncommon goal for swimmers; after all, the Olympics represents the pinnacle of our sport. Once every four years the best of the best assemble to do what previously has never been done before. Making the Olympics is not an easy goal, either, so this is going to take some good old-fashioned hard work.

After you have set a destination for your well, the work part begins. The more grand your goal the further you are going to have to dig. This is a well that is not going to dig itself. When the digging starts, it should be relatively easy. The first layer you must get through is topsoil. This is easy stuff — grass, dirt, couple of pebbles, and the occasional earthworm. This should be fun. You are out in the open; just you and your shovel. The action of digging is doing more than making a well. You start to notice that you are developing some real strength from slinging soil every day.

Digging a well is not all fun and getting in shape. After you get through the topsoil, you notice that the dirt is not as easy to get through. Between you and the bottom of the well are rocks of varying sizes. So you go to the shed and pull out a pick to make the digging possible. One day you hit a rock that is so big that even after you did it out, you can’t move it yourself. Thankfully you have enlisted the services of friends and family to assist you in getting the rock out. The sun doesn’t shine every day anymore. The birds aren’t chirping quite as loud, and the work seems insurmountable. You have dug yourself so deep that you see the sky as a cicle through a cavern of dirt. No matte how bad and dark it seems to get, the encouragement and assistance of the enlisted friends and family keep you digging for China.

It is around this time that you realize just how far China is from where you are. You have already put in tons of work and you are just scratching the surface. Now is when it becomes important to give yourself regular checkpoints. After one mile, where are you? After 10 miles where are you? All the digging that you have done isn’t just keeping you in shape, it’s starting to hurt. Your hands have blisters, your back is aching, and your arms are in constant pain from overuse. 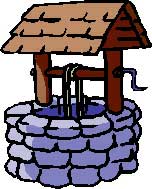 Finally, you hit the core. You have come so far that you can’t even see where you started. You are so accustomed to digging that you are at the top of your game. You have developed a system that channels the waste out so you can keep plugging away with your tools. Now it is time to start tunneling back through to the other side. There will be challenges on the road ahead, but there is a new confidence. Nothing is going to happen along the way that you haven’t been through already. Your sacrifice has given you the knowledge to avoid the pitfalls that plagued you on the way down.

The way back up seems to go twice as fast…no…ten times as fast. The checkpoints that you have set for yourself on the way down have to be readjusted. You set the bar higher and higher for yourself. Some of the checkpoints along the way that you set for yourself don’t happen as quickly as you would like. There is only one thing on your mind and that is getting to China, so you start digging faster and more efficiently.

Before you know it, the rocks get smaller and smaller. The trusty shovel that has come with you the whole way is slicing through the earth like a hot knife through butter. The smaller rocks eventually turn to dirt and the dirt to topsoil.

Finally you break earth on the other side. You are in China. The person who emerges on the other side is a Herculean and god like. Every muscle in your body is taught and well tuned. You handle a shovel and pick with the precision of a doctor using a laser. The hard work that you have put in has done more than shape your physique. The sense of accomplishment puts a stride in your step that you have never felt. No one can ever take away the hard work that you put in.

When you get a chance, ask yourself, "Where does my well go to?" Give yourself that goal, that light at the end of the tunnel to reach for. Then set out to do what it takes to get there. Meet the challenges head on and work to overcome them. Every day that you put in the work to get there is another step in the right direction.