← How Deep Is Your Well?

I’m currently giving back to swimming by coaching the pre-competition group for the NOVAs. Twice a week I work with these kids, and I love every minute of it. I have every personality in the water that anyone could imagine — from the ones who don’t stop asking questions and telling me stories, to the ones who (I’m pretty certain) pray every day that I don’t show up. They are all an experience and a joy to work with.

Here is the biggest thing that I’ve learned thus far: 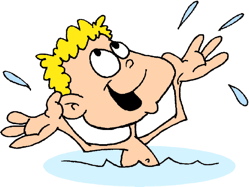 My first class has twins: Miss I and Mr. J. They are four years old. Miss I glides through the water with grace and ease. I do very little to instruct her or assist her. She smiles and giggles and plays at the wall because she always gets there way before everyone else.

Her Brother, Mr. J, doesn’t glide through water with ease. Part of it is he sees swimming as playtime with me. (I don’t know where he gets that idea). But even still, with the little assistance I do give him, I can tell his body is denser (dense like heavy, not dense like dumb) than his twin sister’s, so swimming is a little more of a struggle at this point. He’s getting the technique, but even with great technique, he has to kick a little harder than his sister to go half as fast.

Then there’s Mr. C… oh geez. He is also four years old, and he has a great attitude. But he sinks, and when he’s trying to go across the pool and all he can seem to do is go down… let’s just say the pool is fuller because of the tears of a certain 4-year old. I hear constantly, "I’m SINKING…!" And he’s right. His technique is nearly identical to Miss I’s, and yet he struggles because his body is so dense. 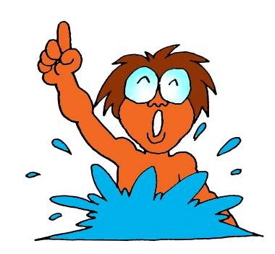 This reminded me of an exercise we did when I was at Auburn, and Bill Boomer was working with us. We all got into a streamline position in the middle of the pool and let our bodies do whatever they would do naturally. A couple of us floated on top. For other, the legs sank but the torso stayed on top. And a couple just sank to the bottom. It was a lesson to prove that we are all built differently, and some people’s bodies denser than others. The result was learning to compensate in the water with different methods of going through the water.

Since I really don’t know why, I simply tell everyone to "KICK HARDER!"

I guess the point of all this is that no matter how perfect the technique, we’re all built differently. And what works for some, might not work for others. So if in your own swimming quest you find yourself as frustrated as Mr. C, try to understand that it may be your body, not your mind or your technique, that’s to blame.

← How Deep Is Your Well?