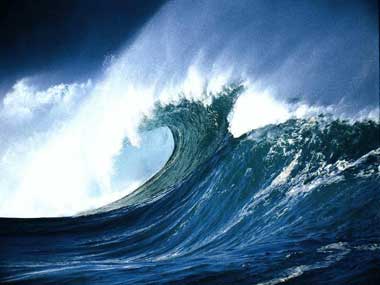 But we’ve hit a point in the academic year when swimming feels stale and tests and papers are accumulating at an exhausting rate. The workload, in the classroom and in the pool, feels overwhelming, even to me (I’m a grad student as wll as an assistant coach), and everyone is reacting differently to their several pressures. The team, it seems, is coming out of joint, while the time, the moment, on the other hand, keeps truckin’. (Those, by the way, are allusions to Shakespeare and the Grateful Dead, respectively, you have to keep on your toes with these hip smarty-pantses. Note also: big words help, but avoid malapropisms. I digress.)

As each moment slips by, and as we wish we had more of them, especially at this stressful point in the academic year, we start to feel like the moment is AGAINST us. Maybe it’s even out to get us. Its consistent disappearing act is the cruel joke time plays on everyone, especially busy student-athletes (and coaches).

On the flipside, though, I like to think that the moment is always passing because it’s caught up in, and CREATING, something else, a self-perpetuating positive energy: MOMENTUM. And momentum is on our side. Momentum is insistently pushing us, pulling us, forcing us forward.

We are compelled by our desire and we are propelled by the momentum desire over time creates. A team builds it in the early season, slowly at first, then faster, until gradually the force becomes unstoppable. We are pushed and pulled along, focusing on that wave of momentum — a wave we built, that time encourages, and that will move us, inevitably, forward. Momentum, in more ways than one, is what swimming is all about. (It’s also good to have in your races, of course.)

Carpe diem, is a Latin phrase (Horace) for which you don’t even need to put on your smarty-pants. It means "seize the day…seize the moment." To that translation I would add, SEIZE THE MOMENTUM. Ride it like the sick waves on the North Shore (it’s important to keep up with the kids’ lingo, too). Harness its awesome, powerful ability to pull a team through tough times. Learn to live in that awesome power (I mean "awesome" with its old school sense of "awe-inspiring"). Let it keep the seemingly disjointed together, moving forward, on to the ultimate moment — the one at the end of the season that sometimes does, finally, stop…frozen in your memory, forever.

–Another Shade of Black

P.S. An enlightened note (in case you can’t find your smarty-pants): The root of the moment, etymologically, is in the momentum. Peace.