There’s a thread on the Go Swim website called "Why Do I Swim?" It was started on December 11, 2003 by Dave Denniston, and, last time I checked, it had been read 1214 times. That’s about five times as many reads or "hits" as a typical thread on our site, and double the number of even its closer rivals. If you print out all the responses to Dave’s initial query, you’ll need at least ten sheets of paper. The responses are pretty much what you’d expect…yet each one reflects individuality and passion for a sport that we all share. To list just a few of the comments".

"it’s given me the opportunity to travel, meet amazing people from all over the world, organizes my life, and teaches me the value of setting and achieving goals."

"I’ve met some great people through swimming and they’ve had such a profound effect on my life that I’m a better person."

"I love it so much because I love to RACE soo much!"

"I love going home at the end of practice knowing that I kicked butt and made it through another hard practice…it’s a feeling of accomplishment."

"It’s the ABSOLUTE THRILL of the chase that lives in [competitive swimmers] that gets me up in the morning."

"There is nothing better than plowing through the water at a speed you think is fast, pushing the envelope as far as your old body will allow…and successfully completing each set with people you know and respect."

"I swim to experiment. I swim to discover. My swimming is my research.

"Swimming makes me feel really good about my self. When you swim, you don’t think about your problems, you think positive. I do feel as if I would really love to swim all the time — to work and back, anywhere, anytime…I just can’t seem to get enough of it."

Last week, I heard the stories of two swimmers who have rather unique answers to the question "Why Do I Swim?" 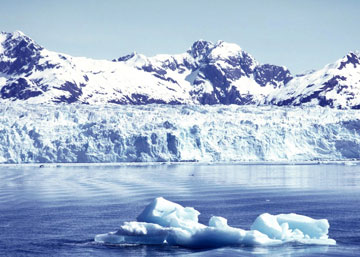 One of these swimmers is Lynne Cox, and her book SWIMMING TO ANTARCTICA is one of the most inspiring books I’ve read. Cox, at ages 15 and 16, broke the men’s and women’s world records for swimming the English Channel (33 miles in 9 hours and 36 minutes). At age 18, she swam the Cook Strait between the North and South Islands of New Zealand. She was the first person to swim the treacherous Strait of Magellan, and the first to swim the Cape of Good Hope. In 1987, she was the first person to swim the Bering Strait, an effort that took ten years to orchestrate because of Cold War tensions, but an act that, according to Gorbachev, contributed to the thaw in US-Soviet relations. In 2002, Lynne Cox swam more than a mile in 32-degree water, braving shards of ice and risking permanent nerve damage and death, to become the first person to swim a mile in the Antarctic.

Because of the rules that govern ocean swimming, Lynne Cox did these swims without a wetsuit, wearing only a bathing suit, cap, and goggles. She did them without touching another human and without touching any part of the support vessels that traveled alongside her.

Lynne Cox describes swimming as flying, and, as her book reveals, she has an almost mystical relationship with the water. As a teenager, Lynne was caught up in breaking records. Later, she came to view her swims as vehicles for personal growth and international diplomacy. Her epiphany came during her swim across Cook Strait between the North and South Islands of New Zealand. Lynne had estimated that the 12-mile swim would take 5 hours, max. But an incorrect weather forecast and tricky ocean conditions turned it into a 20-mile, 10-hour ordeal. After 5 hours of incredibly tough swimming, Lynne had been pushed several MILES in the wrong direction. In other words, she was several miles BEHIND her starting point. She desperately wanted to stop, but because her swim was being broadcast live over New Zealand radio, she learned that THOUSANDS of people were rooting for her and following her progress. She willed herself to keep going, and was guided across, in part, with the help of several pods of dolphins. Of this swim Lynne writes" 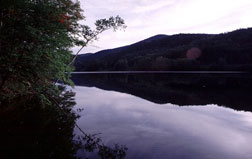 "More than anything I now understood that no one achieves great goals alone. It didn’t matter to new Zealanders that I wasn’t from their country. It only mattered that I was trying to swim their strait. They had cheered me on for hours, and in doing so, they had cheered the same human spirit within themselves. Through the Cook Strait crossing, I realized that a swim can be far more than an athletic adventure. It can become a way to bridge the distance between peoples and nations. During the Cook Strait swim, we were united in a human endurance struggle that surpassed national borders."

Lynne Cox swims to be the best that she can be, and to bring out the best instincts in others. Christopher Swain swims for a different reason. I first heard about Christopher on NPR (National Public Radio). He had just swum the entire length (80 miles) of the Charles River, from Hopkinton (where the Boston marathon starts) to Boston Harbor. If you check out the NPR website and Swain’s own website, you’ll see that he swims by a different rulebook than Lynne Cox. For his Charles River swim, Swain wore a full wetsuit with hood, fins, and thick gloves. He wrapped duct tape around the cuffs of the gloves to ensure that no water (or chemicals) would get in. He prepared for the swim by getting vaccinated against Hepatitis A, Hepatitis B, and tetanus. Because of the shallowness of the Charles River at many points, and because of all the GUNK he encountered, he "swam" much of the way on top of a boogie board, using his arms as paddles. Unlike Lynne Cox, who would be disqualified for stopping or touching another human, Christopher Swain made frequent stops — to talk with school kids about river ecology, for example, or to haul a piece of sheet metal found in the river to a local dump for recycling. He also stopped periodically to rinse his mouth with hydrogen peroxide, as a precaution against everything from human waste to nuclear waste.

Christopher Swain swims to raise awareness for the quality (or lack thereof) of our rivers and streams. He has swum the entire length of the Hudson River, the Columbia River (1243 miles), and Lake Champlain. Along his journeys, he leads trash clean-ups, meets with government officials, visits with school kids, and tries to help communities find ways to keep their water clean. He has developed educational activities that teachers can use to teach waterway ecology and conservation in the classroom.

Lynne Cox and Christopher Swain are two remarkable swimmers. They swim in entirely different ways and for entirely different reasons, but they have each chosen to swim for a cause that is greater than they. Their dedication to these larger goals has given them almost super-human levels of courage, determination, and will.