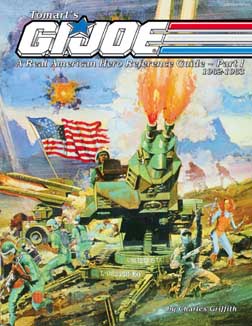 When I was a kid, there was a cartoon that I absolutely could not go without, and that was G.I. Joe. I guess it was my need to be utterly surprised when G.I. Joe somehow foiled Cobra Commander’s sinister plans on EVERY SHOW.

The best part of the show came AFTER the drama was over — when the characters would perform their public-service announcement. They were always telling us something insightful like…don’t jump your bike over downed power lines…or…don’t drink anything out of a container that has a skull and crossbones on it. After the cartoon figures enacted there little skit for the betterment of society, they would end with "now you know, and knowing is half the battle."

For as great/bad as the show is (or was…I don’t know if it is still on TV), that little saying at the end of the show couldn’t be more true. Knowing IS half the battle. Recently I started thinking about how important it is to know what you are doing –or WHY you are doing it. I can’t speak for everyone, but I would feel much better going into surgery with a doctor who knows what he is doing — and wy. I wouldn’t want to go under the knife with some guy who was just guessing.

The same holds true for swim practice, even though the consequences would be far less drastic than the surgery example. This is true of both swimmers and coaches. In order to be effective, you have to have to know what you want to accomplish each time you go to the pool, and why you need to accomplish it. After you know the what and the why, you have to ask yourself "HOW am I going to accomplish this?"

Application of knowledge is what you should strive for. The first 50%, while incredibly important, is the easier of the two halves to get. You can listen to coaches, read articles in swim magazines, search through the Internet, or just watch great swimming. The application part is tricky, and takes trial-and-error testing.

You will make mistakes but you have to learn from them. Making a mistake is what makes you human. And, as a kid, making mistakes is half of your job. Tell yourself that you are going to make two mistakes today in practice. Try something that in all likelihood will not work out better for you. Strive to make a mistake, because if you are making a mistake, you have to know what the right thing is for you. There is nothing wrong with making a mistake; it is repeating the mistake that is the problem. The more that you learn from your mistakes, the less likely you will be to repeat them, and the closer to putting it all together you will be. 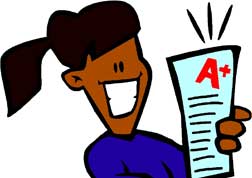 Like all tests, if you have a brain between your ears you will end up with an adequate grade. Somewhere around 75% is pretty easy to cruise. You would only have to know roughly 2/3 of what you need to know and be able to do it with some skill. Just as in school, 85% is harder to get than 75%. Getting to 85% requires that you not only know more but also can DEMONSTRATE that you know more. If you are aiming for the 95% level, you really start to get into the nitty gritty. The amount of effort that it takes is double what it takes to get the 85%. From 95% on up, each 1% increase takes twice the amount of effort.

The good news is that this is a test without definitive answers. Sure there are some things that will not work no matter how hard you try. I have yet to see anyone swim faster by swimming perfectly vertical. You will have to find the answers to the test that work for you. At the end of it all it is your name that is on the paper and you are the one getting the grade, so it is your responsibility.

When you first start swimming or coaching, you will most likely be in the 50% range. Gains come quickly as your knowledge and ability increase. To get to the higher levels, you have to be able to apply what you know every day. Not just sometimes, but all the time. That is the only way that you can get an A in the swimming test. So when you go to practice today, tomorrow, or next week, give yourself the test. Use something you know, think about how you are going to put it into practice. Then do it over and over in a variety of ways to find out what works for you.