A few years ago, I realized that I’d gotten caught up in the same routine with the same day repeated over and over and over. I craved a well-needed change. Long story short, I am in China for a year. It’s a place where not only the food is foreign, but also life’s philosophy is a bit different. It’s fascinating to observe a new way to do something… and have it bring relatively the same result. 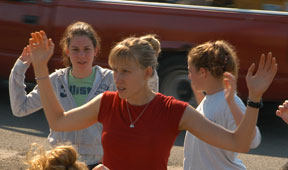 What grabbed my attention first were the language and the food. I ran into a communication barrier that was more like a brick wall than a barrier. Chinese is spoken in tones; therefore, one spoken word can have four different meanings, depending on the tone of your voice. I was unfamiliar with the food, but I quickly learned a few key phrases for ordering meals. Or so I thought. Saying those words with the right TONE was the trick. I tried to express myself and watched the individuals stare blankly back at me. They stared and said, "Shenme? What?" I would repeat myself and try to use a different tone. Either I got lucky and spoke correctly, or they left, laughing hysterically.

The city where I reside, Shenzhen (AKA modern China), appears to be much like an American city. Prior to 1980, Shenzhen existed as a small fishing village. But with the free-trade reform, it exploded and now holds 6 million-plus people. There is public transportation, lots of shopping, and chaos in the streets. By chaos I mean Hollywood films’ crazy driving scenes. There are lines painted on the road, just like in America, but they solely look nice and serve no purpose. Chinese drivers bring a new level of meaning to road-rage, but it very rarely results in fights or accidents. Their system, although very unorganized to the naked eye, works quite well. 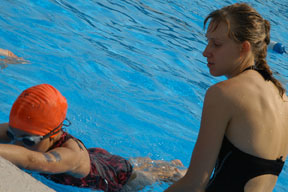 In the American system, I was born-and-raised as a Midwestern Yankee. Mom and Dad taught me to be polite in public and to share with my neighbors. These two values apply in China, but not necessarily in the way that you would think. The traditional Chinese people and families are strong and hospitable. Thus far, I have experienced an inspiring amount of kindness for my wellbeing and happiness here. The Chinese take family values with the utmost seriousness, and I felt a part of the family at my school right away. One thing that I did not expect was the pushy nature of the Chinese in public situations. Basically, the rule-of-thumb is that if you are in the way, you will be run over. And this is not just true when talking about traffic; forming lines is not part of their vocabulary, nor do they invite the idea.

Finally, I was surprised to learn that the sense of scheduling is very spontaneous. For the most part, plans are not really set. They change frequently and are not made in advance. When I am required to be somewhere, I receive notice, maybe ten minutes prior to the event. The Chinese way is to adapt. Therefore, "When in Rome, be like the Romans," right? 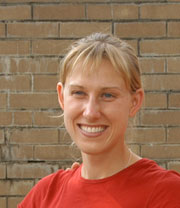 After more than four months in China, I am not exactly Chinese, but I am more confident with who I am. Sometimes you need to think or step outside of your routine in order to grow. In terms of training in the same pool — or wherever this may apply to your life, there is a whole world to learn from. It doesn’t mean that you need to go and move to China, but do carry yourself with an open mind and a full heart. To think "outside the box" takes courage, but it will help you grow stronger in your own life. Follow what feels right for you and the people you love.