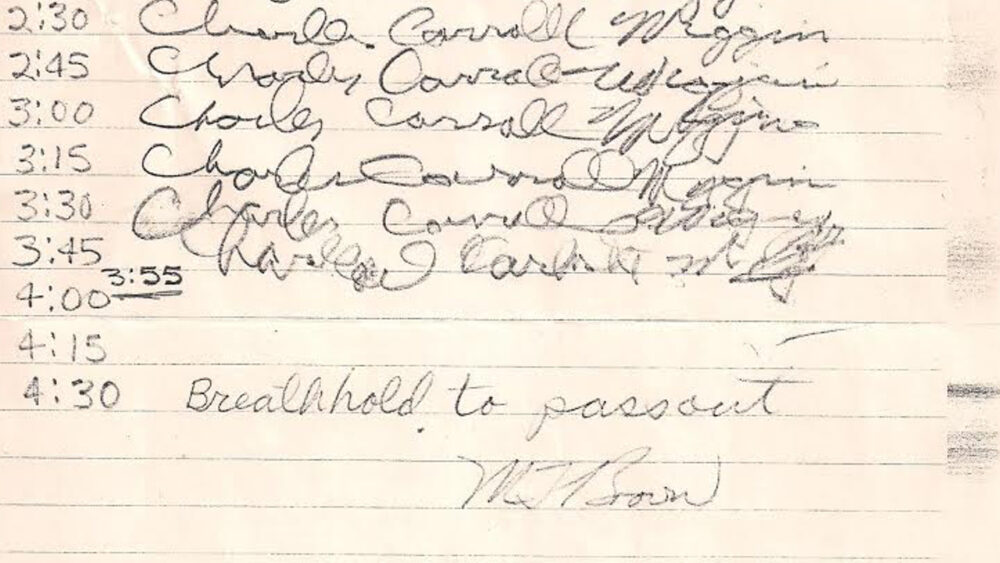 While visiting with my good friend and World Champion 200 Breaststroker Nick Nevid, he shared a story that was simply amazing.

Years back Nick was coaching a team in Georgia, and each day a man would come into the pool for a swim.  He wasn’t the best “competitive” swimmer, but Nick could tell there was something special about him.  Through frequent conversations, the man eventually started to share a few stories with Nick.

This gentleman was a frogman trainer in the Navy, had incredible control over his body and mind.  Each time a new drown-proofing class would be presented to him, he would give a demonstration about what happens to the mind as the body starts to lose oxygen.  He would sit at the desk at the front of the class and hold his breath.  He would continue to hold his breath until he passed out.  His goal was to sum up the most important lesson, not show off. 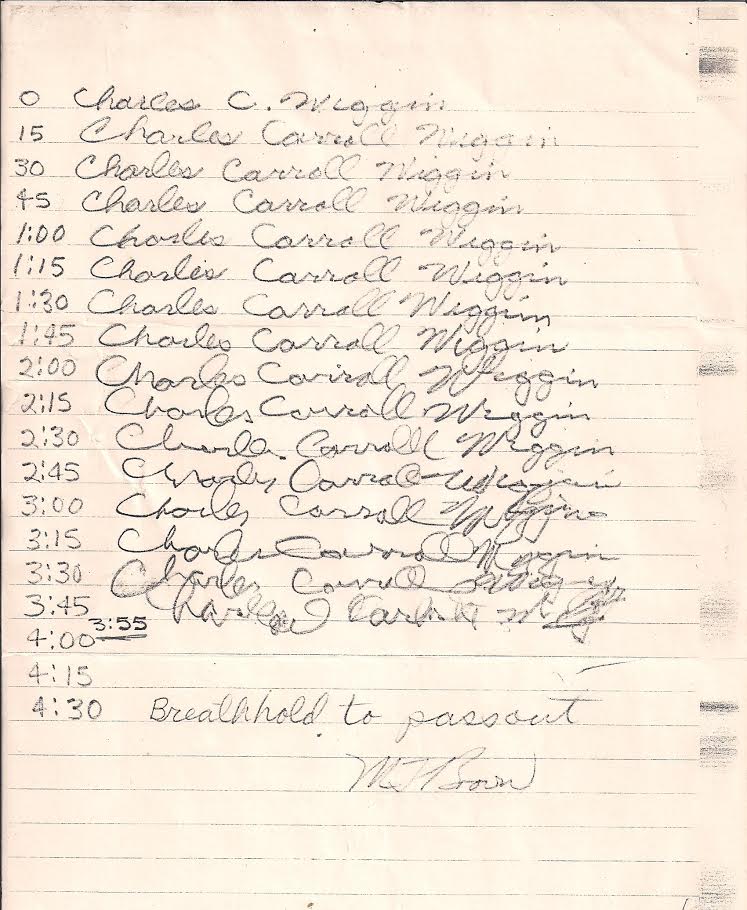 First of all, the mental and physical fortitude to do this is amazing and NOT recommended, but it was a different time 20+ years ago.  What this instructor would also do, to hammer home the point… would be to sign his name every 15 seconds along the way.  He wanted to illustrate how decision making and mental ability goes away with the lack of oxygen.  Maybe this was one of the reasons he could hold his breath until he passed out.

Here’s the point of sharing this.  This year, the sport of swimming lost another swimmer due to shallow water blackout.  Athletes sometimes feel indestructible and feel they’d know if something was wrong.  Maybe you would, and maybe you wouldn’t.  That’s just the point.

Look at the signatures, and how just sitting at a table, the quality degrades.  Now imagine what you’re going through while you hyperventilate, stroke, glide, kick… you’re using more energy and oxygen than you may realize.

Thanks Nick for sharing the story and the page of signatures.  To imagine that someone could do that on purpose is amazing.  To know that people die by doing the same thing NOT purposely is just tragic.

PS
Seriously… don’t try to replicate what this man did.  This is meant to be a warning, not a glorification.  I know how the athlete mind works, so if you’re going to actually attempt this, go talk to a doctor first and see if it’s a good idea.