In our day-to-day lives, we often get SO caught up in our tasks and responsibilities that we lose sight of the things that are really important.

Over the past couple months, I’ve spent so many hours in the office, completing projects and tasks to move us into the future, that I’ve not spent nearly enough time with my own kids. It’s hard to admit, but it’s the truth. 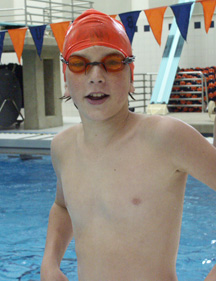 Over the past few days, I’ve had a tremendous opportunity to spend a couple of really nice hours with my son. By default, I was recently "volunteered" to be the basketball coach for my son’s team. I don’t know how or why this happened, because I know nothing about basketball — except that when you kick the extra point, you can lead off with only three steps. I mean, everybody knows THAT! But sometimes you just need to step up to the plate…er…free-throw line. Without a coach, my son’s team wouldn’t be able to play, so it came down to me.

What I DO know about coaching is that the head coach is only as good as his assistants, which is why I scoured the earth for the BEST assistant coach available. Can you say, "Judd?"  Yes, another basketball scholar! Fortunately, we did net (see, I’m already learning the lingo) the former high school basketball coach as another assistant. When he asked me what role I’d like him to play, I asked if Leader was too strong a word?

Wednesday night’s basketball practice was held in a gym that’s too small, with lights that make everyone look BLUE, and a floor that isn’t really wood. I had been forewarned that it wasn’t a good place to play, and Ive been in bad facilities before, so I wasn’t too daunted. It was a very typical situation, one that coaches must deal with all the time.

Coach Judd and I spent last night making stuff up. We had them running, jumping, passing, dribbling, shooting, and playing. I’m sure it wasn’t the best basketball practice, but it was a good basketball practice. It was, in a way, skill oriented. There was stuff going on that even Judd and I could tell was, just plain NOOOO WAAAY. So we ran up and down the court, yelling like we knew what we were doing, stopping the play to make corrections, and pointing out obvious fair-play infractions (I saw a clip and had to call it). By the time practice was over, the team was smiling and laughing (mostly at me), and I was, as I usually am, invigorated by the interaction with kids.

By the time I got home, I was WIRED, and FIRED UP. Sure, working with the boys was great fun, but the best part was watching my son play basketball. It was fun to try to point things out to him, even though, at age 12, he already knows more than I do about basketball. He tries to be Carmelo on every shot. He needs to learn more restraint. 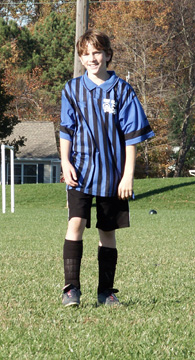 Talking after practice last night, Kyle decided he wanted to go swimming with me in the morning. We worked out the timeline. It takes 25 minutes to get to the pool, and school starts at 8, but we figured we could make it. We packed up all his stuff last night, laid out all his clothes, plus food for the trip back to school, and put him to bed a bit earlier than normal.

I was surprised how awake Kyle was on the way to the pool. While Judd and I usually drive to morning practice in total silence, my son was initiating conversation. At the pool, Judd and I usually stand on the side for a while, seeing who’s going to be first to brave the frigid waters. Today, I announced our warm-up, and BOOM — without ANY other words, Kyle jumped in, pushed off, and started swimming.

I just stood there, a typical Dad, totally proud of this small but HUGE thing that Kyle had done. Anyone else might overlook it, but since he is MY son, the smallest thing made me very happy.

For years I’ve said I won’t coach my own kids. I’ve seen it ruin other relationships. While some can do it, I didn’t want to risk it. My kids are too important to me, and I’ve got no unfulfilled wishes in my own athletics that I need my kids to fulfill. I also know that, as a coach, I’m very demanding at times. I demand attention, respect, and the commitment to the details we’re working on. Can I be like that with my own kids?

This morning, I treated Kyle just like I treat all the other swimmers I work with. I wanted him to learn something, but, at the same time, I wanted to make sure he was having a good time and that he was smiling. At one point, he messed up the drill sequence I gave him, and when he got back to the wall, he had a big smile on his face because he knew he did it wrong. I asked what happened, and he said, "I was thinking about my feet," which was part of the drill. SUCCESS and SUCCESS. He laughed AND learned. Very cool.

On the way to school, we talked, joked about the water temperature, and how cool it was that he was going to show up at school having already been up for three hours.

My Dad used to talk to other parents about being involved in athletics with his kids. Some would complain about the schedules, about having to drive their kids back and forth to practice, about the time it took out of their day. He used to tell them how THOSE times, with just him and me in the car, alone together, were the times he got to know me. Drive time was OUR time.

I realized that last night and this morning. That’s why I do what I do, and now I’m committed to doing it more with MY OWN kids. I really enjoyed it, and it’s a good goal for 2005.