The Invention of America: Struggling for “Physical Literacy” →

Coaching is like learning to ride a bike. Once you get the hang of it you know how to do it for life. This is true, however, for only the most basic elements of coaching and bike riding. The fine points can drift away from you, or perhaps they were never there in the first place. If you extend yourself too much, too soon, you will crash and burn. In biking terms, for example, it’s not a great idea to attempt the backward double flip right after learning. When you overextend in coaching, you will have an audience. This is worth remembering. 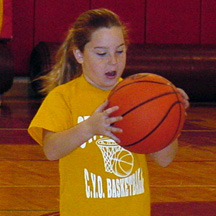 I recently volunteered to assistant-coach a basketball team here in Maryland, where college hoops rules the roost. There is a collective cheer when the Terps win, and a lot of rumbling when they lose. As part of my crash course in learning about basketball, I watched Hoosiers, and Sportscenter highlights for a week. I thought to myself, "This looks easy enough. All we need is Jimmy and some kids who can dunk from the free-throw line."

Armed with a patched-together repertoire of Sportscenter lingo and Gene Hackman motivation, I hit the court. Believe it or not, the movie stuff works only in the movies, and not one of the kids was able to dunk the ball. Thankfully we have the aid of a skilled and knowledgeable baller. 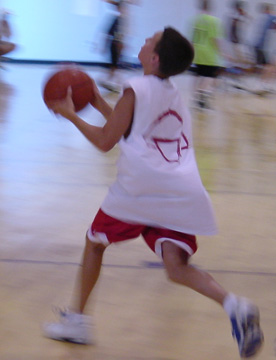 Not surprisingly, our resident expert focused the kids’ attention on the details of fundamentals. The first couple of practices, much of the work was done without the ball. We didn’t even spend much time shooting. The Coach demanded precision from every player on the court. While I was out of the loop on the drills that he was doing, I understood what he wanted out of the kids. The first couple of days I tried to stay out of his way and to learn as much from him as the kids did.

Last week, Glenn and I had to handle the practices without our ace coach. So we put our collective knowledge together and worked hard on developing a cohesive strategy and plan of attack. We did this on the minute-long car ride to practice. A strange thing happened when we hit the court. We realized that we were not Basketball Coaches, but, rather, coaches who had picked up some knowledge of the basics of the sport.

Glenn and I ran a practice that had flow to it. It was like being on deck all over again but instead of Single-Arm Fly and Spin Backstroke, we were working on V cuts, L cuts, lay-ups and rebounds. We found that some of the same principles apply. We discovered that we were yelling some of the same things on the basketball court that we do on the pool deck, like "USE TWO HANDS!" if a kid went up for a rebound with one hand (just as bad as touching one-handed in breast or fly). If kids are going to make those mistakes, it is our job to help them realize why they have to do it right. 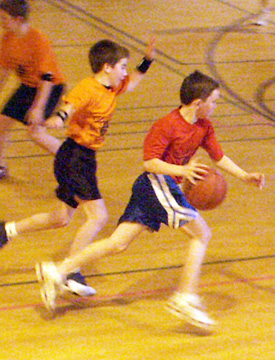 At the end of the week our team had a game. I was amazed at how the kids were able to handle what they had learned. In the game situation the kids were using the fundamentals that the ace coach had taught them and that Glenn and I had reinforced. This weekend we pulled back to .500 (1-1) on the season and we are looking to extend our winning streak of one game.

Coaching is really coaching regardless of the sport. It takes attention to detail and the ability to demand that kids follow through on the fundamentals. While I wouldn’t have the first clue what to say to aid Gary Williams and the Terps, I feel like I have enough basketball knowledge — and basic how-to-run-a-practice knowledge — to coach a kids’ team. It’s kind of fun to think that all those hours I’ve spent on the couch watching Sportscenter and thinking I was just taking it easy — were actually PREPARING me to be a better basketball coach. Something had actually sunk in from watching all those great players execute the fundamentals. And it’s ALL fundamentals. This week, as I watched the top players get their highlight dunks, I could see the fundamentals they were using to SET UP those dunks. Now it’s becoming more clear…don’t teach the dunk, teach the fundamentals that give you the opportunity to dunk.

The Invention of America: Struggling for “Physical Literacy” →