Last weekend I accompanied my stepson to his weekly diving class. The class is held at a major university, and his coach is the head coach of the school’s diving team. I don’t know much about diving, but whenever I’ve watched this class, the coach seems to do an excellent job of prepping the kids before each dive…and critiquing them afterward. 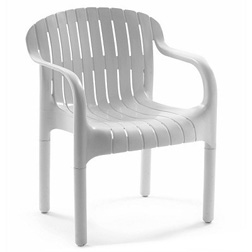 My stepson’s class was in one half of the pool. In the other half was a group of 10 to 12 adults swimming laps. Was this a Masters team? I wondered. There was a young woman sitting in a tall, white, lifeguard-style chair at the end of one of their lanes, but it wasn’t obvious whether she was a lifeguard or a coach. When a couple of the swimmers paused to ask her a question, I realized she really was a coach and that this must be a Masters practice and they were in the middle of warmup.

It’s for moments like this that I never go anywhere without a swimsuit and goggles. I grabbed my backpack and went down on deck. The young woman was writing the practice on a chalkboard. I introduced myself, and asked if it would be OK if I joined her team for the workout. No problem, she said. They’re just finishing warmup. If you don’t mind, you can share lane one with Amelia.

After a quick change, I got back on deck. The young coach (I later learned she was on the university’s swim team) was back in her tall chair. Before heading to lane one, I glanced at the practice. This was a good move because, as it turned out, I couldn’t see the chalkboard from lane one. The practice was an easy pattern to remember. This was a good move on the coach’s part because, as it turned out, the only time this young coach left her chair for the ENTIRE practice was when she got up to write the workout on the board. The pattern was:

Please understand that I’m not grousing here. This coach was kind enough to allow me to get in and swim with her team. She had turned what I thought was a no-swim day into a go-swim day, and for that I was very grateful. She also didn’t get upset when I substituted breaststroke for some of the freestyle in her practice. What ASTONISHED me, however, was that she never got out of her chair except to write the workout on the board. Even when I called to her midway through practice to verify that the drill/swim was by 25 rather than 50, she did not move. She just nodded.

Bill Sweetenham, National Team Director of Great Britain’s swim team, once wrote an article on how to be an effective coach. His number one — TOP — recommendation was to "Dress appropriately and act professionally. On deck — no mobile phones, no eating or drinking, no sitting down, etc."  I admit that there are days when I break the "no drinking" rule, but I have always done my best to obey Sweetenham’s other guidelines — and I think it has made a difference in how I’m perceived by my swimmers. They work hard in the water. I think they work even HARDER when they know I’m not sitting around. And I KNOW they work harder when I’m walking around making sure they have good turns, good pushoffs, and good finishes.

Bob Bruce is another coach who has some words of wisdom that I try to live by as a coach. Bob was one of my first coaches when I was a kid back in Wooster, OH. He’s now Head Coach of a huge Masters team in Oregon, and was named USMS Coach of the Year in 2004. One of Bob’s most basic and fundamental rules is: "Talk with each swimmer at least three times during each practice."   And by "talk" he doesn’t mean explaining the next set. He tries to make the contact specific or technical. "Good work" qualifies if it’s offered as a genuine comment on something well done. "Wow, what a great new suit" qualifies. So does, "Try using more body and less knees on the dolphin kick."

Swimming is all about communicating. Swimmers communicate with coaches by talking, yes, but also by swimming. They communicate with their bodies and coaches need to listen with their eyes. Coaches communicate with swimmers by talking. If you are not talking to people during practice, you’re not communicating. And if you don’t MOVE AROUND during practice, you won’t find very much to talk about. If you always station yourself at one end of the pool (or worse, in a CHAIR at one end of the pool), you will get a very one-dimensional view of your swimmers. You can’t hear everything they’re trying to tell you.

If you are a coach and you don’t do this already, try to stay on your feet for the next week of practices and see what happens. Then see what happens when you make a conscious effort to say three things to each swimmer at each practice.