One of the "perks" of my work at goswim.tv is that I get to travel. Of course "perks" is in quotes because I’m not too crazy about traveling. When I do travel, it’s much nicer when I feel really comfortable with the people I spend my time with. Take last weekend, for example. My trip to Vancouver for a coaches convention got off to a great start when I was greeted at the airport by Reg and Nesia. 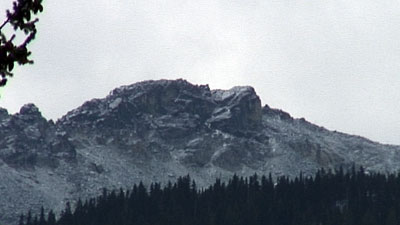 Reg and Nesia are coaches from northern Canada. Reg was in Vancouver because he just moved there to take on a new coaching gig. Nesia, who lives in Kitimat, was at the Vancouver airport because he had decided that even though Kitimat was in the same province as Vancouver, the 18-hour drive was just a BIT MUCH, so he took the plane. It’s this kind of thing that reminds you just how BIG Canada is.

The drive from Vancouver to Whistler, the site of our conference, took another few hours. There were some construction delays, due to widening of the main road to Whistler for the upcoming 2010 Winter Olympics, there was a bit of rain, and there was some incredible scenery along the Pacific. The time seemed to be flying by with things to look at; that is, at least until my head started doing the bob and weave with Reg and Nez giggling at my tired state. Of course, by the end of the week, Reg and Nez were responsible for the title of this article, because they bought me a really cool "Canada…EH" T-shirt. 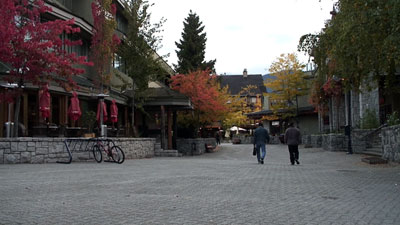 As we headed through Squamish and up to Whistler, we encountered some of the highest peaks I’ve ever seen. These mountains, climbing so directly upward, made the mountains of the Hudson Valley (where I used to live) look like bumps. I couldn’t help acting like a tourist in Manhattan, straining my neck and marveling at the thought that people actually CLIMBED these things.

Why Whistler for the Olympics? Why British Columbia? It didn’t take long for me to understand. This place was beautiful, and I can understand how ski runs and all of the other winter events could be created in a challenging yet scenic way.

During the conference, I talked to some great people about long-term team development. I heard Wayne Goldsmith talk about heart-rate training and the psychological implications of test sets. I listened to coaches give the pros and cons about the systems they coached in. And I tried to answer their questions about what was different about the US. Of course, these conversations are best kept between friends. 🙂 The grassroots segment of the conference was the most fun for me, simply because these coaches shared the most ideas. While the coaches at the higher level were very kind, the grassroots coaches were really into the interactive idea of teaching, and talking about the things I was showing. I was really impressed with a small group of coaches who seemed to be together after all the talks. I told them how impressed I was with their questions and ideas, and said that if they all coach together, I bet their program is STELLAR! This also means that the base, foundational coaches in Canada are doing a great job, and the future looks very bright for our neighbors to the north. 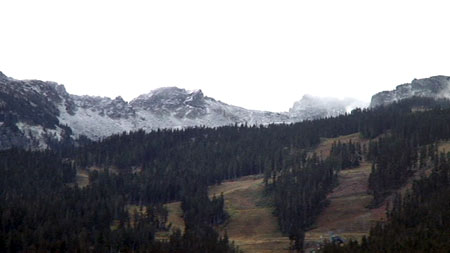 I spent three days with some great Canadian coaches, and happened to be present at lunch when the phone call came in, announcing that funding was available for this group to complete the project that will host the 2006 Pan Pacific Games. On my last night in Canada, I was invited to stay at the house of an old friend who works with our new Canadian partner, Team Aquatic Supplies.

Bill Sawchuk is a two-time Olympian for Canada, a Commonwealth Games, World Championship Team, and Pan American Games team member, and has won a total of seven medals, including two golds in this series of meets. We competed at the same time, Bill at the University of Florida while I was at Alabama, so we’ve watched each other swim many times as well (a long time ago). 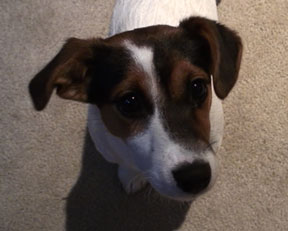 I had a great time with Bill’s family and new dog, Brian. Brian has a curious taste for food, but again, that’s another story. What I really learned is that this is a great way to spend your life. Even with the traveling, it seems that no matter where I end up, I run into lifelong friends, and begin to make new ones. This world of swimming that we’ve chosen to surround ourselves with is full of dedicated, committed, and loyal people who respect the efforts of others.

This is a lesson to the young swimmers out there. While you’re involved in your training, the grind that defines the MEAT of our sport, it’s difficult to see the benefits, simply because they’re SO far in the future. But remember, the benefits will remain SO long after you’ve completed the sport. It’s sometimes hard for young swimmers to understand that the work they put in now, will earn them friends in years to come. It is something that will never be forgotten or belittled by those who’ve shared in the effort, either with you, or along side of you. Case in point, during our 3-hour drive to Bill’s home, we rarely talked about races. Iinstead, we talked about mutual friends and our training. We shared what we called, "horror stories," and reveled in the pride of having survived, and flourished in it.

Look at the sport a bit differently next week. Build your memories with effort in training. Over time, you’re going to look back on what you’re doing now, and look back with tremendous pride at what you’ve accomplished.