Recently it has dawned on me just how much trust there is in a coach-swimmer relationship. Trust might be the single most important factor in being an effective coach. After all, you could be the world’s best coach, but if the people who swim for you don’t trust you, then how effective are you?

Building trust can’t be mistaken for building friendship. Friendship is for after and before practice. During the allotted time of practice, the relationship has to be all business. I am not saying that to build trust you have to be an antagonist. I’m saying that your job as a coach is more complicated than the job of being a friend. As a coach, swimmers rely on you for information and guidance for what they can’t do themselves. It is important to have some level of separation between being their friend and being their coach. Your swimmers need to think that the practices you are giving are the best for them — that your goal is the same as theirs. When you are too friendly with your swimmers, you might stifle your coaching voice for fear of hurting their feelings, or for fear that they might not like you. There are worse things in the world of a coach than not being liked.

A good example is something that has come up with the kids I work with. As kids they always want to do less than I think they should do. During the first week of our season, I would hear the same thing at the start of every practice: "Is this going to be hard?" "Is this going to be long?" "Will we have to swim fast." To which I replied YES on all accounts. This practice will be a physically and mentally challenging workout designed to make you better. Then would come some whining and pleading to change the practice. So I would either not change it at all or make it harder. After a few weeks of this, the expectation has changed on their part. The questions have changed to: "What kind of work are we going to be doing today?" This is a much better and easier question to answer. There is a trust that they need to work hard to get better.

The issue of trust is not a one-way street. As much as your swimmers trust in you, you have to trust in them. Whatever your plan is for the season, it has to be contingent on one thing: the swimmers who are executing it. You have to rely on your swimmers for feedback as to how things are going. The clearest form of feedback is time. If they are swimming really slow, than that is an indication that something is not right. When your swimmers are swimming really slow is the time when you need them the most. You have to trust that the feedback they are giving you is honest. When you trust that the feedback they are giving you is sound, then you can modify accordingly, especially if you are trying something new. 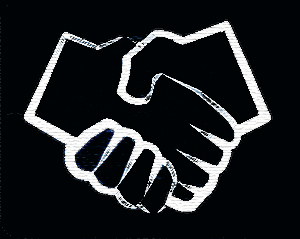 On occasion I will give a set that might be a little much for them to handle on that given day. When I give them a set like this it is usually something that I have never tried before, which means that I don’t even know if it will work. When it appears that the set truly isn’t going to work I will modify it. More often than not I will change the interval and set the focus on technique improvement. This lets them know that I do indeed value their feedback when it is constructive and on point.

Once you establish that trust is a two-way street, you can start to move forward. The cornerstone of every coach-swimmer relationship should be trust. The more the swimmers trust you, the more they will trust in your methods, proven or unproven. As a coach you can start to build for their futures by giving them confidence in their potential.

I have been working with a young swimmer who is just starting to trust in me. In turn she is starting to trust in herself. She has gotten the notion in her head that she can’t swim fast, can’t push off in streamline, can’t, can’t, can’t. Her outlook has been one of not trusting in herself. It is a guarding mechanism so she won’t be disappointed when she fails. And with a can’t attitude, failure is almost certain. With a can’t attitude you can make it through practices, and meets, and even a whole swimming career. The problem is…you will never know what you can do.

This swimmer has recently started to rid herself of this attitude. I have been trying to convince her to start thinking about what she is capable of, and not selling herself short. We have been working on getting her to live up to what I see she can be. As a result, she has been lighting the water on fire. Changing this attitude completely will take time. Now she has a legitimate fear of failure because she is trying. I have tried to get through to her that the only real failure is not trying at all. We will see how it goes.