Take Go Swim With You →

I like to think of myself as a fair and rational coach. Some people even say that I am patient. I try not to yell or scream on deck. I try to get kids swimming fast through motivation and encouragement rather than pounding on them. I try to spend as much — if not more — time with the slower swimmers than with the fast ones. And I can’t remember EVER asking a swimmer to leave practice. I’ve thought about asking a few swimmers to leave, but I’ve never gotten to that point — until last night. 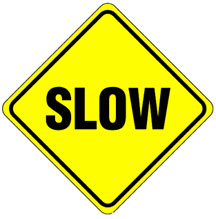 Due to an early, freak snowstorm, only a few senior swimmers had made it to practice. The head coach asked me to work with two swimmers — a young girl and boy — with the mandate to work on lengthening their freestyle strokes. One of the swimmers, the boy, had recently joined the team and he has a very high-energy stroke. He has the kind of freestyle where he is either going all out or not going at all. Even in his warm-ups, he looks like he is trying to set a world record on every length. So we have all been trying to get him to slow down a little.

So I took these two swimmers in an end lane and gave them a warmup of EZ, long backstroke and freestyle. I had them start the warmup over three times because the young boy was churning it up from the very first pushoff. "Slow down. Just take it easy. Warmups are for loosening up your muscles — for getting a better feel for your stroke," I said, getting a little more frustrated with each do-over.

The young man was asking questions but looking totally bored at this point. I thought I saw him rolling his eyes. I said something like, if you’re that bored with what we’re doing, why don’t you sit out for a while. I believe I was fairly calm as I made this offer.

He said no, he would continue, so we did a few more experiments with running/walking in the shallow end. He would over- or under-exaggerate the movements I wanted him to use, which was annoying, but it was his totally bored expression that was getting to me. I stopped him and said something like look, I’ve been swimming for a lot of years and I think I’ve got some things I can teach you, but if you are really that bored, why don’t you just sit out. The young boy gamely lined up to push off again, but he was still looking really bored, and again he rolled his eyes.

At that point I went over the edge and said, look, please just leave. The boy asked if he should take his flippers back to the other end of the pool. Yes, thanks, that would be fine. So he walked to the other end, dropped his fins in the bin, and went to the locker room.

I gave the young girl some things to work on, and went and told the head coach what had happened. What he didn’t know, and what neither of us knew until a few minutes later when the mother came on deck saying that she was sorry and that her son should apologize to Coach B, was that her son had a nervous condition that — wouldn’t you know it — caused him to roll his eyes.

Let’s just say that I won’t be the same coach tonight that I was last night. After telling the mom that no, her son shouldn’t apologize — that HE was the one who was owed an apology, I got back in the pool and started all over again at trying to SLOW DOWN and be a better coach.

Take Go Swim With You →