It’s tough being a kid sometimes. It’s especially tough being a young athlete who aspires to greatness. Why? Because most young kids think for today and live in the present. It’s hard for them to envision a future that’s far enough ahead of them to give them time build their dream. 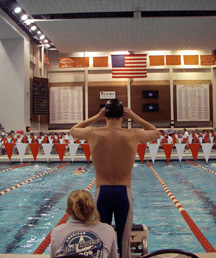 Because today is SO important to kids, peer pressure usually comes in to play in the team environment. Making friends, talking, hanging out, being popular, and just being COOL are important activities for nearly every kid. The problem is, coolness isn’t usually associated with work, dedication, commitment, punctuality, respect for elders (coaches and parents). If you watch MTV, Nickelodeon, and other kid-oriented shows these days, you know that it’s not the work-ethic and respect characteristics that are featured, but rather pretty much the opposite.

Because of how kids nowadays define "cool," it’s understandable how being cool can sometimes get in the way of long-term success. Thankfully, this isn’t always the case. Sometimes, it’s the uncoolest kid who eventually takes the world by storm. Here are just a couple examples of "uncool" kids who ultimately reached the HIGHEST level of coolness:

Bill Gates.  He was the KING of uncool as a kid. He wrote about how he was the only boy in the summer reading program as he was growing up. We can only imagine the ridicule he was put through by the "cool" kids. But now…it’s hard to imagine how ANYONE who ever made fun of Bill Gates could not admit that he is one of the coolest people of any age or time on the planet. And we’ve all given him money at some point in our lives. I mean, PC or MAC, we all use Microsoft products… so who’s cool now?

Michael Jordan. Did you know that MJ was cut from his high school basketball team? No doubt the older, more mature, more practiced kids scoffed at this youngster who was trying to take a spot on the team. But when he missed making the grade, Michael didn’t laugh it off to be cool. He used the setback to motivate him to work harder. The greatest athlete of the 20th century had natural ability, sure, but it was hard work that made him the best. Again, who’s cool now? 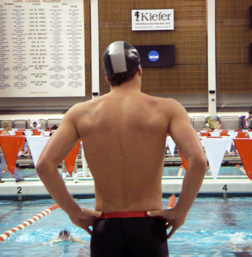 Michael Phelps.  Most young swimmers who are training hard these days look at Michael’s million-dollar deals as something to aspire to. These swimmers may even daydream, while training, about what it would be like to be like Michael. The reality of the story is, Michael was – and is — a training machine. As the story goes, he swam 7K a day EVERY day when he was thirteen. How much coolness do you think he had to give up to put in those kinds of hours seven days a week, year after year. Michael skipped the things that would make a 14- or 16-year old cool, to make sure he was the COOLEST at 19… and 20 and….

Simply put, there is ultimately ONE thing that makes someone cool. Success. Unfortunately, success requires an uncool work ethic. The two don’t seem to go together. Most people don’t want to risk failure, because it’s uncool to throw themselves completely, and totally, at a goal that is SO high, and where failure IS a possibility. Most people would rather coast through life being "somewhat" successful, rather than ending up with the Ultimate Cool. Most people are just too scared to risk that much – or they are too impatient to put in the years of work that are required. That kind of risk isn’t for everyone. It’s for those rare individuals who decide to embrace the fear of failure, commit to overcome it, never accept it as an option, and do whatever it takes, no matter what, to achieve the Ultimate Cool.

Striving for the Ultimate Cool will eventually cost you some acquaintances (not friends). You won’t have time for things regular people have time for, and many people think this is TOO much to sacrifice. OK, that’s fine, too. If it’s too much to risk, then it’s not your passion. But for those of you who do have the potential, the environment, the support, and the time, to risk the Ultimate Cool for being merely cool… is the Ultimate Waste.

Here’s the final kicker. We all may fail to reach our own self-defined Ultimate Cool. If the goal is so high that we miss it, the consolation prize isn’t so bad. You’ll still be a success, and you’ll still be so far above average that you’ll be able to hold your head high with your accomplishments, and know that you did everything possible to reach your goals. By the time you realize that you weren’t considered cool as a kid, it’ll be so far behind you, it just won’t matter. You’ll know in your heart that you have reached your own Ultimate Cool, and what the outside sees won’t enter into your mind.

Remember the work ethic of the "uncool" because that’s what it’s going to take to reach… The Ultimate Cool.