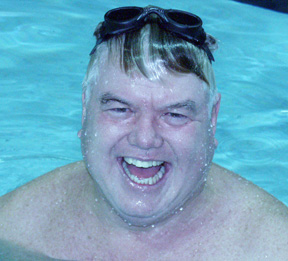 Since our inception in 2000, the Naval Special Warfare (NSW) Foundation’s goal has been to provide educational and motivational support, promote health and welfare programs and perpetuate the history and heritage of U.S. Naval Commandos, the Navy SEALs. Over the years, many people have donated their time and money to help ensure that the men and families of Naval Special Warfare have all they need to succeed. But Don Walsh is taking support to a new level – a fundraiser that could suit only Navy SEALs. Don Walsh has chosen to swim the Isle of Jersey; a Channel Island located 15 miles off the coast of France. This will be the ultimate challenge for Don, and he will be the first person from New Jersey to swim around the Isle of Jersey, a distance of 41.5 miles.

Although never a Navy SEAL, Don Walsh did serve four years in the Air Force, and did three Vietnam tours. Don grew up on the Jersey shore, where he developed a love for ocean swimming. For the past 27 years, Don has been competing in open water racing up and down the East coast and California. He came to know the Navy SEALs while conducting swim clinics for them in Coronado, California. He also trained SEAL instructors and BUD/S trainees in Coronado, and at the RTC at the Great Lakes Training Center in Illinois. Today, Don works with the SEAL RDAC program, developing the right candidates to become Navy SEALs. 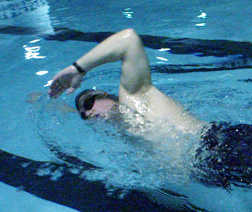 Regarding his desire to support the Navy SEALs, Don said, "I’ve been privileged to work with the finest young men in the country, and I hope this swim will help me to give back to the families of the fathers, husbands, and sons that have sacrificed their lives for our country." Don will be swimming to raise money for the Naval Special Warfare Foundation and specifically to honor the eleven SEALS who lost their lives in Afghanistan during Operation Red Wing in June 2005.

Please support Don Walsh’s efforts and give to the Naval Special Warfare Foundation. You can donate online through www.NSWFoundation.org or by mailing your donation to NSW Foundation, P.O. Box 5965, Virginia Beach, Virginia, 23471. Please reference Don Walsh on your contribution. The NSW Foundation is a national non-profit 501(c)3 corporation, 31-1728910, and your donations are tax deductible.

Your support matters. Give today.