The XI FINA World Masters Championships, held at Stanford University in San Francisco, CA, are now history. The stats were mind boggling: 5,491 swimmers representing 1161 teams from 75 different countries. The printed heat sheets for the 7 days of swimming competition were as thick as the San Francisco phone book, and projected something like 35,000 individual swims, representing millions and maybe BILLIONS of laps done in training and preparation. What the heat sheets didn’t predict were the 161 world records that were broken — some of them DEMOLISHED — and the excitement generated by assembling this many FAST swimmers in one of the greatest swimming facilities on the planet. There were 169 Olympic athletes on hand, and 291 swimmers who currently hold world records in FINA Masters competition. Plus thousands more looking to make history and to test themselves against the best in the world.

Here are just a few photos from XI FINA Worlds. If you’re inspired, FINA XII is scheduled for 2008 in Perth, Australia. 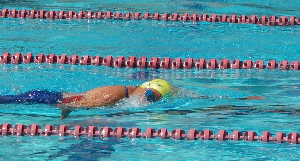 Jane Asher (age 75) of Great Britain shows her world-record form in the 800 free. 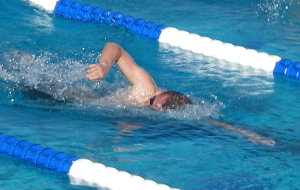 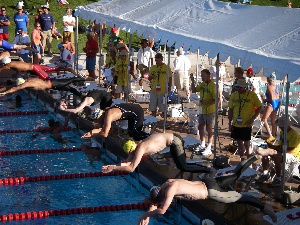 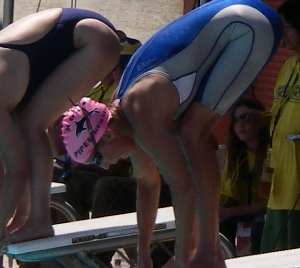 Karlyn Pipes-Neilsen gets set for the 400 IM. 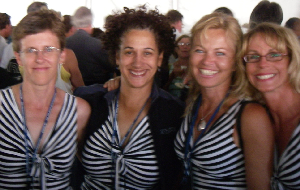 The Mighty Ducks of Canada got together again after a 30-year separation to recreate their childhood relay. 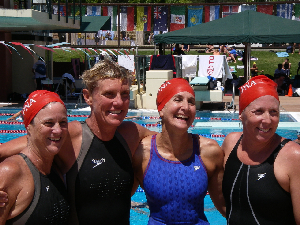 Pacific Northwest Aquatics celebrate their world record in the 200 freestyle relay (combined age of 200-239). Lisa Dahl (second from left) led the way as she and Charlotte Davis, Debbie Glassman, and Mary Lippold blasted nearly 6 seconds off the world record. 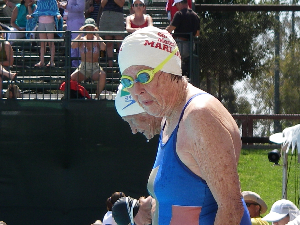 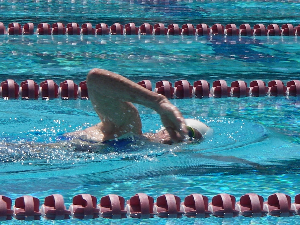 Audrey’s world-record-setting stroke. Her 2:19.14 in the 100 free was good for another world record. 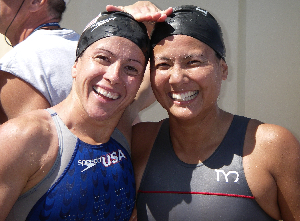 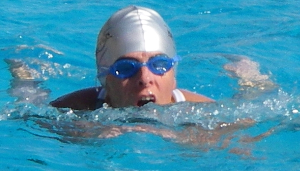 Germany’s Dagmar Frese (age 50) demonstrates the signature style that netted her a world record 1:23.47 in the 100 breast. 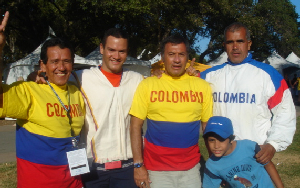 It was great to meet friends I’d known only from the website! 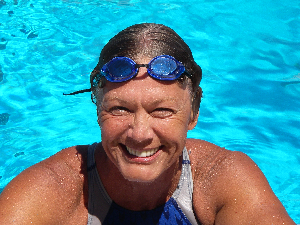 Olympic superstar Debbie Meyer Weber shows what FINA Worlds are all about.