When I was just starting out, I would regularly get cramps in my legs and feet. The pain was horrible, but the coach showed little pity. He said that if I got into better shape, the cramps would decrease. From then on, whenever I felt like coasting in or out of the walls, resting during a hard set, or even missing a practice, I thought about those cramps and how I never wanted to go through them again. 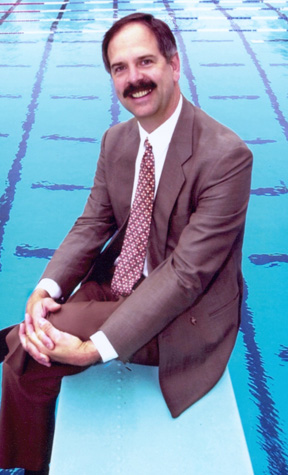 A favorite story I heard from the 1976 Olympic speed skating champion, Sheila Young Ochowicz, was that on the award stand in Innsbruck, as she received her gold medal, she took a moment to thank God for the hard work she had done five to ten years earlier, so that she did not have to stand on the silver-medal platform on that day. She also wondered, what might the silver medalist have been thinking at that very moment? Was she regretting a single workout missed, or a month layoff which might explain the small margin by which she lost the race?

When I returned to the US as an 11-year old, after a seven-year stint in Europe, my Mom took me to a local supermarket to stock up on some real American food. I remember bringing home a six pack of Mug’s Good Old Fashioned root beer — the cardboard carry pack holding six brown glass bottles. We dropped the bottles into a styrofoam case filled with crushed ice. I drank the first bottle, and then a second. By the time I reached for my third bottle, the ice had melted and the bottle was floating in a mixture of ice and water. The water had melted the glue that held the paper label to the bottle, and the label slipped off. When I held the bottle in my hand, I was struck by the message of four words still clearly visible on the neck of the bottle; four words that spoke of the need to invest in our dreams, before we enjoy their completion. If we are not willing to pay the price, we are not entitled to enjoy the flavor. The words were, "No Deposit, No Return."

When we go out to dinner, we get the check after enjoying the delicious food. We eat first and pay later. Most of life, however, is more like a movie theater, where we have to pay the price first, and get the reward afterwards. In eight years of training (four in high school and four in college) I probably missed 20 practices, and usually worked out in the distance lane, even though I was a middle-distance backstroker at the Olympics.

To read about John’s Olympic history, and watch a great video about the ’76 Olympic Games, click here.