Time to revisit some old-school training. Many many years ago, Coach Don Gambril had me and a GREAT breaststroker named Greg Higginson start each year with a month or so of traditional torture. At the end of practice, we’d have to pull 1500 LCM dragging a 5-gallon paint bucket. It took a while each day, but we got very strong, very quickly.

While this set isn’t much different, we’re adding a couple toys, and a couple technique focal points.

During the pulling part of the set, we’ll be using a Finis Swimmer’s Snorkel, LARGE hand paddles (we only had the Star Paddles when I shot the picture, but if you have the large TYR paddles, they work nicely), a pull-buoy, and a large parachute with the end totally closed.

Pull a 1,000 breaststroke, focusing on turning the hands back as wide as possible, and drawing yourself forward. Keep the head down, especially as the hands begin the pull, but allow the chin to lift a bit as you pull back. Flip turn at each end, and watch out for the parachute coming out.

Immediately upon finishing the 1,000, take off all the equipment and go 10 x 25 breaststroke on :30… feeling the flow. Build ONLY to a strong effort. DO NOT SPRINT.

If you put in the time to do this entire set, you’ll be amazed at how good the front of your stroke will feel when you’re done. 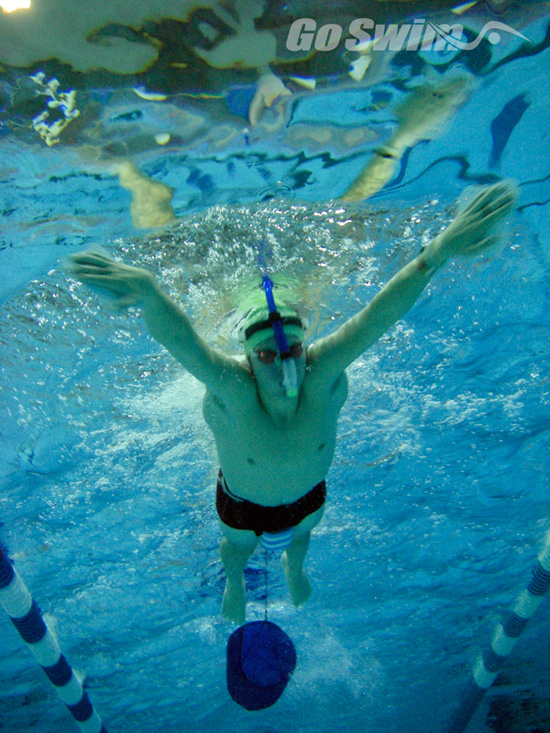