Or… in other words… it ain’t over till it’s over. 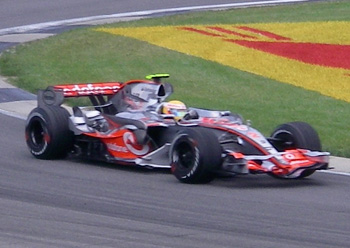 This past weekend, as a sports fan, I had a chance to witness two examples of athletes who ignored ALL the odds and predictions. They were so far behind that no one thought they could win — no one, that is, except the the athletes themselves.

As you may know, I’m a huge fan of Formula 1 racing and of Ferrari in particular. This season, my son and I rented an RV and drove to Indianapolis to see the US Grand Prix with my friends John Moffet and Jay Mortenson. We had a great time, and there’s nothing like hearing the extreme roar of those engines winding out at 19,000 rpm.

I’m the kind of nut who sets his alarm for 2:00 am so I can catch qualifying in China or Japan. I love the exactness of the sport, knowing that only a few individuals on the planet can control those machines at the pace they’re going, and knowing that one slip could mean breaking the car or allowing a competitor to get by — something from which a driver rarely recovers. While many people prefer other motor sports, where there’s constant knocking about and draft passes, I prefer the almost monotonous precision of Formula 1. It’s like watching the best pitchers going at each other… there aren’t many hits, but you’re witnessing the most skilled at what they do. 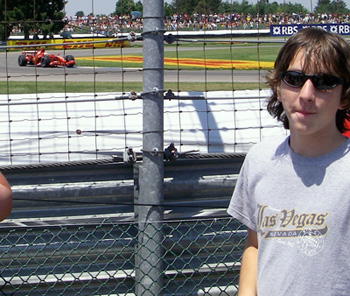 The entire Formula 1 season featured McLaren Mercedes in the lead, with double world champion Fernando Alonso chasing his rookie teammate Lewis Hamilton for most of the year. Ferrari’s Kimi Raikkonen, who usually is on the outside looking in… kept lurking… just out of reach of the lead.

The final race was this past weekend, with all the drama you could imagine: Hamilton 107 points, Alonso 103 points, and Raikkonen 100 points. With 10 points to the winner, and points reducing with each place, the chance of Kimi actually passing BOTH Mercedes drivers was something only the wildest of circumstances would allow.

During the pre-race interviews, when asked about his chances and race strategy, Kimi calmly replied, "My goal is to win. Whatever happens behind me isn’t of my concern." In other words, he was going to take care of himself, and if something behind him happened to the other drivers, THAT’S how he would give himself a chance. Not by trash talking, not by wrecking, but by turning the fastest lap of the race.

With Hamilton making a costly mistake early, then having horrible problems with his car, he made a FANTASTIC drive from 18th back up to 7th. While needing 5th to clinch his world championship, he would fall short only if Kimi won and Fernando placed no higher than 3rd. With Kimi’s teammate, defending race champion Felipe Massa leading most of the race, but now in 2nd, only a mechanical failure, or the 4th- , 5th- , and 6th-place cars wrecking could stop Kimi from winning.

An improbable victory, from 3rd to 1st in one race. Final season points: Kimi 110, Hamilton 109, Alonso, 109. The closest finish ever, and the most exciting I’ve ever seen. 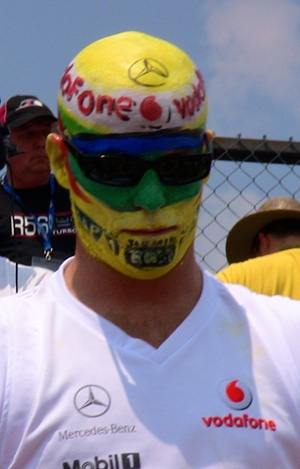 Very few people gave Kimi a chance, but he did win. He didn’t listen to others. He did what he had to do, and is now world champion. It’s NEVER over until the last car crosses the finish line, and… once in the race, give it your all.

Later Sunday night, I watched in agony as the Cleveland Indians blew a 3-1 lead in the divisional playoffs to the Boston Red Sox. With a game lead of 3 to 1, the pennant seemed like a lock for Cleveland. The Indians were going to the World Series!

As sad as it was for me to watch the Indians in defeat, the parallels between the Red Sox and Kimi Raikkonen were obvious. Only people from the OUTSIDE looking in thought it was over. Kimi and the Boston team knew it wasn’t. As only true athletes can, they remained calm, and did what they needed to do to win.

With this being such an important year for so many top athletes from all around the world, the MOST important thing to keep in mind is that Kimi, and ALL the Red Sox got to the victory stand through preparation, and perseverance.

Start getting ready TODAY. Start believing that you can WIN, and figure out what you need to do to make that happen. Lay out a plan and trust that you can SUCCEED if you follow it faithfully. It ain’t over till it’s over. But it has to begin TODAY.