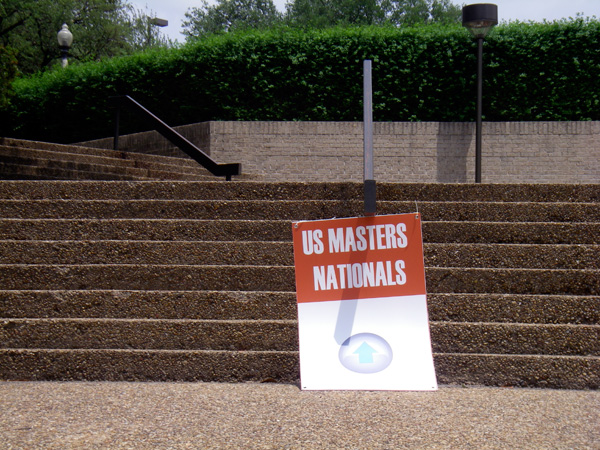 Traveling to Austin for my first national championship meet in a LONG time, I was revisited with so many feelings that I haven’t had for an equally long time. I had been back in the water, swimming alongside a fast breaststroker for about 6 months, and actually CARED how I swam. This "caring" was the part that made these emotions come back, and I can’t say they were all good… well… at least going INTO the meet.

A few months ago, I fell victim to an email exchange group composed of some GREAT swimmers. In this email group, there were many national team members, a few Olympians, and some of the fastest Masters swimmers on the planet. While I assumed that such a talent-filled group would also be a great support group, the real spirit of Masters swimming quickly became evident. 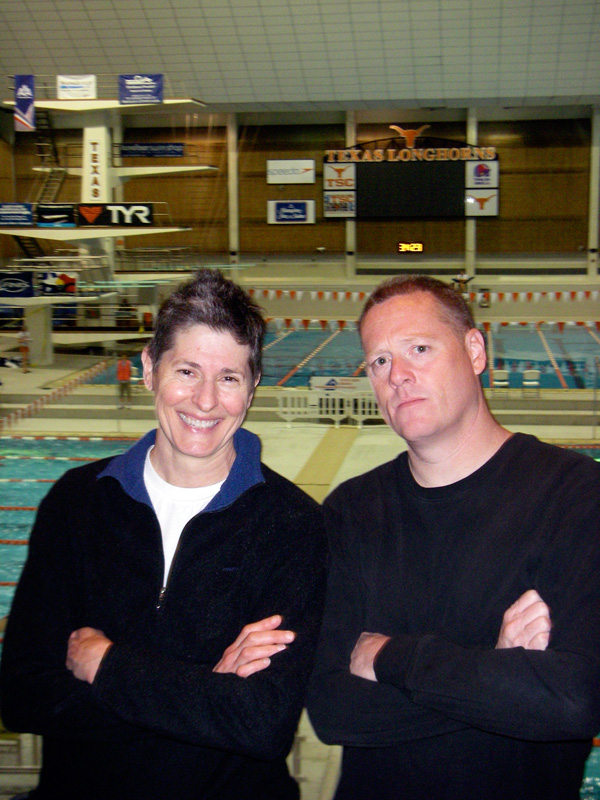 Masters swimming is about FUN. It’s about seeing your old friends, reconnecting, going out, and… oh yeah… swimming some races. In the email group, there was trash talk about our upcoming races in Austin. This was kind of new to me because, in our younger days, there was less trash talking and much more training. Now, the tables were reversed. The real trick now was to see who could intimidate the other members of the group prior to the meet, and… train the least.

Even with all this light-hearted bantering, walking up to the blocks brought back many of the same feelings that were there so many years ago. Even without the countless hours of training, I had a feeling everyone still wanted to win. Even standing behind the blocks and joking with my friends — whom I was going to be racing in a minute — I was just plain nervous. I must say, before the 200 breast, I was more than nervous, I was actually scared.

The caring about performance is the thing that really got to me. It’s been such a long time since I climbed onto the blocks and actually wanted to perform well. Going into the meet, I really didn’t care if I won, I just wanted to be IN the race. I wanted only to be competitive while I was in the water, and then have a good time out of the water. As I swam, what I learned is that it doesn’t matter if you’re competitive in the entire meet. Every heat is competitive, so it didn’t matter if I was in the 1st heat, or the last heat… I was going to be in the race. 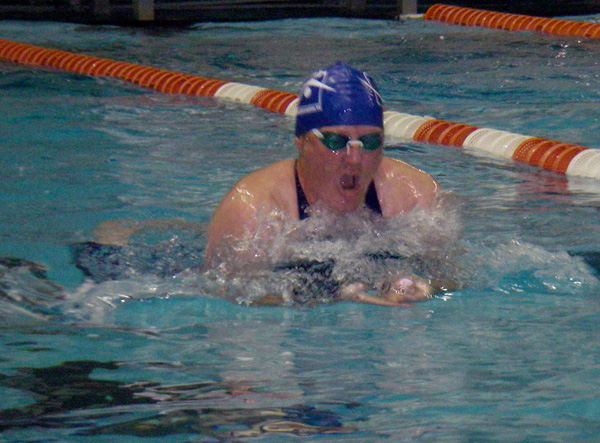 What I can say ultimately is, this was just a very fun time. It was a very big meet, with LOTS of heats, which meant you have ALL day to visit with old friends. When you first see there are 90 heats of an event, it seems daunting, but when it’s over, it ends up being too short. The days initially seem long, and then go by too fast. The trip seems like it’s going to take forever, and in a blink… it’s over.

The excitement of the meet extended for several days after I returned home the daily, but now the daily exchange of 30 bantering emails has subsided to just a few. Everyone is trying to get caught up, drawn back to the real world. Chasing tasks and jobs, making dinners, doing laundry, picking up kids….

But for a few days each year… we all get to remember that great feeling of nervousness, of uncertainty, as we stand behind the blocks wondering just how far our training will take us, and what’s going to happen in the next few minutes. Even if we’re wearing full-body suits as much for the slimming effect, as for the speed effect… we all had a chance to be IN the race.

Have Your Pull Buoy Nearby →