In watching the Olympics this past summer, we saw many types of race strategy — some that worked, and some that didn’t.  For those who had winning strategies, did everything go exactly as planned, or did they win because someone else’s strategy didn’t work, or wasn’t applied properly? 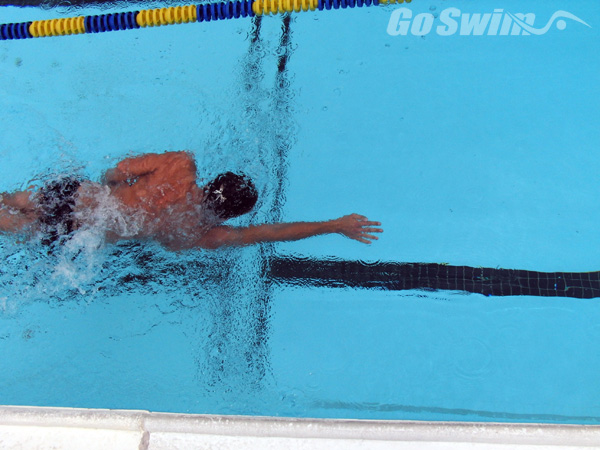 In thinking through a pre-race plan, or strategy, you have to build in an element of adjustability.  In other words, you must listen closely when Coach says, “Swim your own race,” but at the same time pay attention to what your competition is doing so you don’t get out of touch.

These statements apply to swimmers at all levels: from the elite-level athlete whose ultimate goal is to win, to the high school or college athlete trying to win for the team, to any league-level swimmer trying to be a heat winner.  A swimmer’s  ultimate measure of success in a competition is… winning.  For age-group swimmers, sometimes it’s more important to experiment with different race strategies than it is to win.  Time, pacing, and the ability to maintain a high-level of technique throughout the entire race can be the goals of age-group swimmers trying to discover their best race strategy.

Knowledge is also power in racing.  When trying to win a race, it’s great to understand how your competition usually swims.  Knowing their usual strategy is very helpful and takes the surprise out of a race.  If you’re racing someone who usually takes a race out very fast, it’s much easier not to panic when you get behind.  If you’re racing someone who maintains a similar speed through the entire race, you should probably get a big lead.

Some great examples of an athlete who went out like a champ, and held on to win would be Josh Davis winning the 200 freestyle at the 2000 Olympic Trials, and Dave Denniston winning the 1999 NCAA Championships in the 200 breast.  These athletes tried to create enough separation between them and the competition that no matter HOW fast the competition came back, they would simply run out of room.  The most recent illustration of someone who went out slower than the field, but came home to win, was Michael Phelps in the Beijing 100 fly.   In the finals of that event, Phelps was 7th at the 50 turn, and 1st at the finish.  While this all happened very quickly, we all had a feeling that Michael would put himself in a position to win, without too much panic.  On the other side of this equation was Miliford Cavic, whose strategy was to go out as fast as he could to create that separation.  While some people may feel his strategy failed, his own blog reports SUCCESS.  Winning an Olympic  silver medal is not anywhere near a failure, and the race will be remembered forever… I’d say he put himself in a position to maximize his performance… which is a success as well.

Making your move in a race should be done to maximize your strengths, or to attack your competitions’ weaknesses.  By knowing how your competition swims, you can also make your move when they’re not looking.  If they breathe to one side, you can surprise them by attacking the wall just before you know they’ll be breathing away from you.   Enter and leave the wall with such velocity that it’ll be almost impossible for them to react in time.  It’s incredibly difficult to accelerate in the middle of the pool, so put them in a situation that forces them to do exactly that. 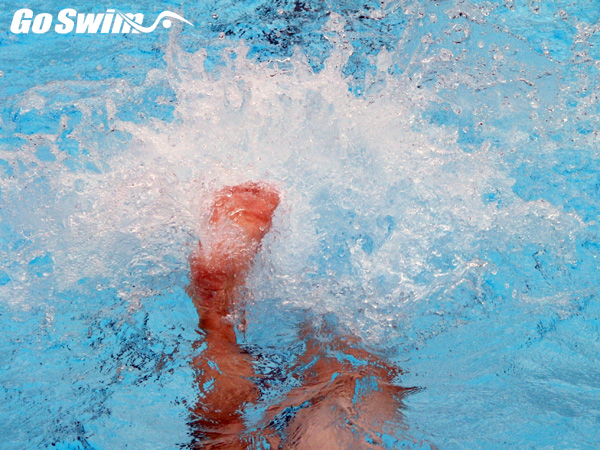 If it’s an IM, attack their weak stroke and focus on your walls on your weak stroke, or be like Michael and Ryan and don’t have a weak stroke.  Balance your skills.

Always make your move in a race when 1) your competition can’t react quickly, 2) when they can’t see you, 3) when they least expect it, and 4) before they do.  If you have a standard race strategy that just about everyone knows, work on a different one before your big meet.  Hide your strategy from everyone except you and your coach until it’s time to unveil it at the championship meet.  If you race the same person many times during the season, with everything building to a single race at the end of the season, experiment with various strategies until you feel you have the one that’s going to offer you the best chance of winning at the end of the year.  Of course, knowing they may be doing the same thing, you should be aware that they may have something up their sleeve, too.

Remember, the race isn’t over until the touch pad has stopped.  Maintain your composure, and your technique, until you’ve stopped the clock.  Don’t be afraid to be very tired with one length to go (short course), and have your heart get you home.  Being a winning athlete will require some pain.  Expect it, welcome it, and don’t be afraid to go after it sooner in the race than you usually would.