I actually wrote this about a month ago, and set it to turn on today.  However, USA Swimming has recently clarified this rule, and we just filmed some rough video this morning at the pool.  It’s posted below and will hopefully give some clarification to the new interpretation of the rule.

Until FINA decides on the rules for the underwater pull, we’ll give a quick illustration of what’s "legal" in the U.S., as well as a few fine points that need to be considered no matter what the rules end up being.

No matter what set of rules you apply to the breaststroke underwater pull, one thing is certain:  The ONLY way to do great ones in races is to practice great ones every day in practice.  Great turns don’t just happen, and luck has nothing to do with it.  They happen by WORK… consistent WORK! 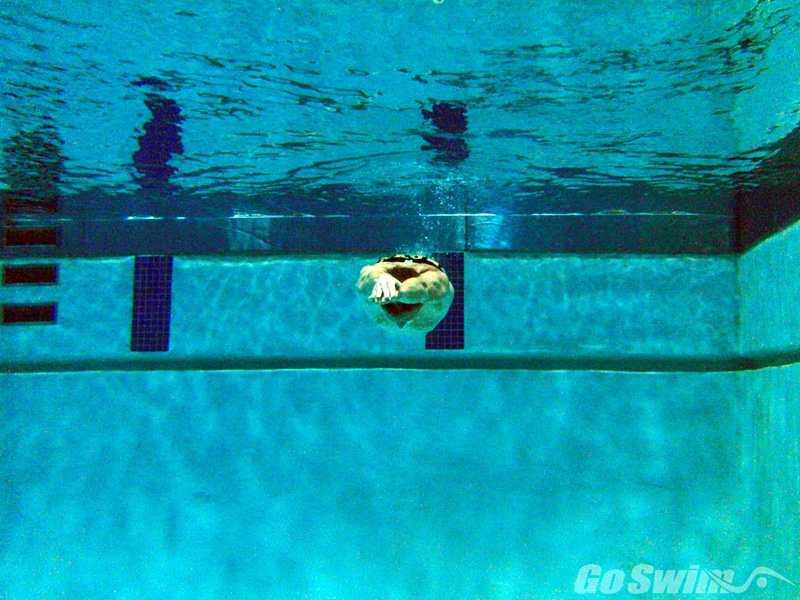 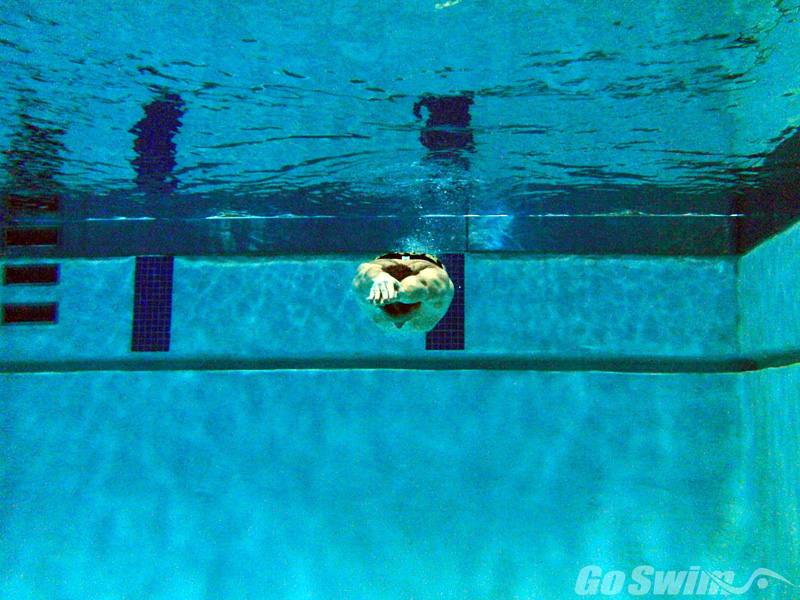 No matter how far you glide (and this depends on the distance of the race), stay tight from fingertips to toes during the streamline. 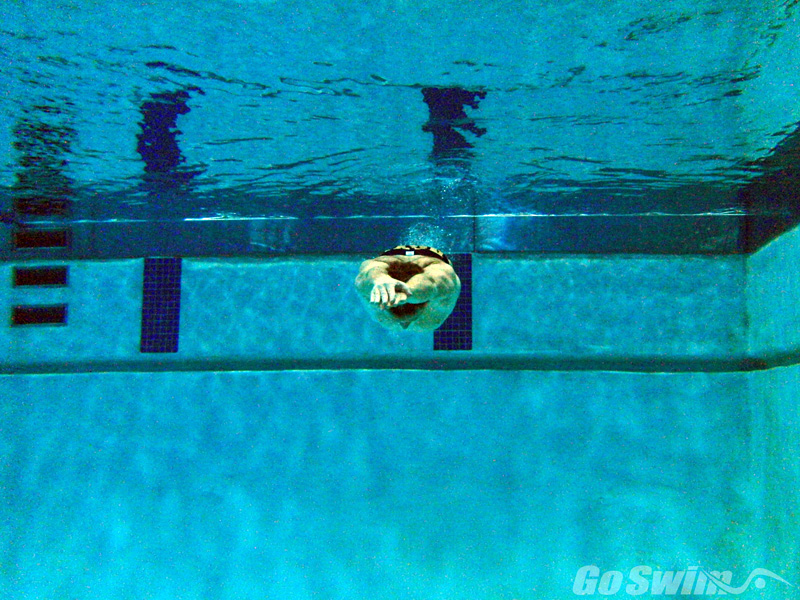 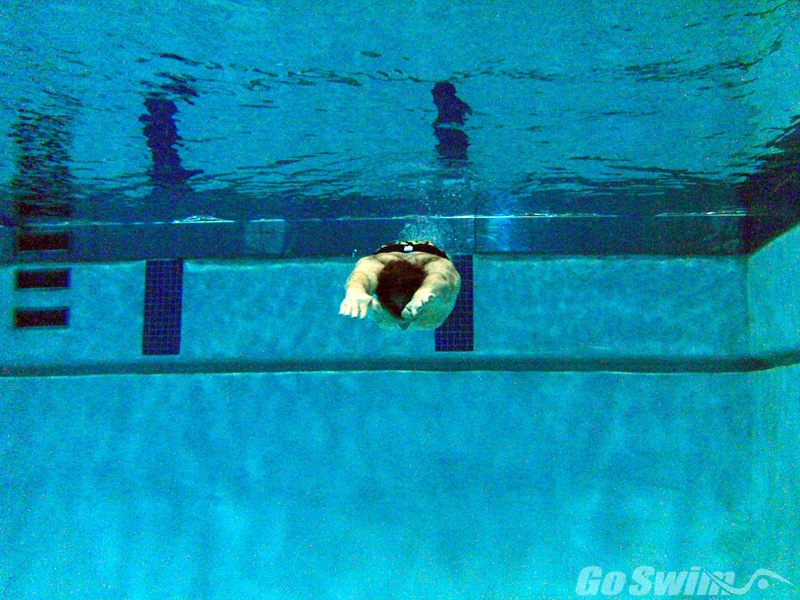 When it’s time to pull, focus on the hands, and try not to let any other part of your body move.  Don’t set it up like a high school boy doing bench press.  Keep everything solid. 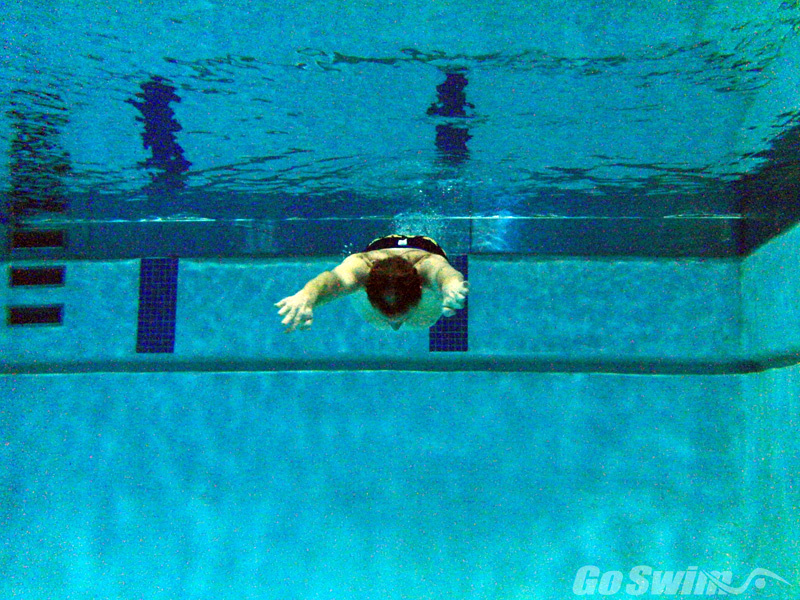 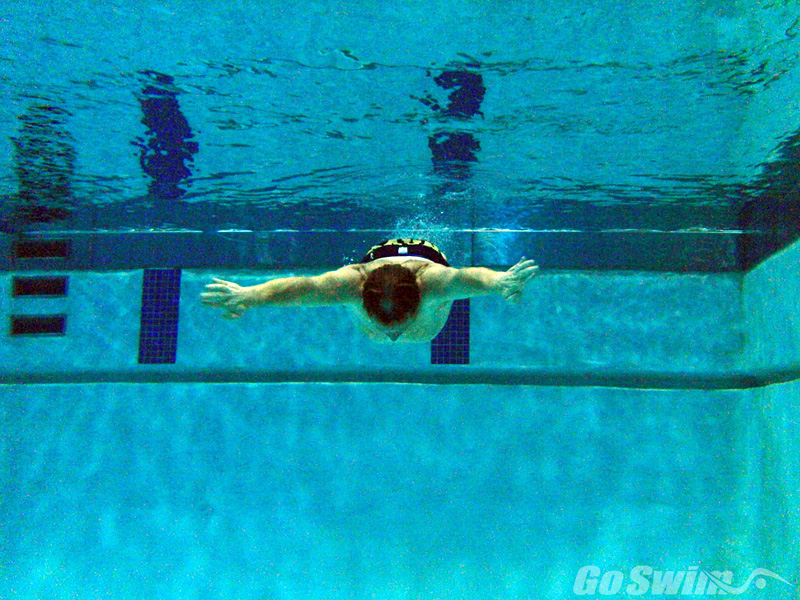 Try to get into the pull before your body slows down.  It’s more about matching the speed of your momentum and maintaining THAT, than it is about feeling super strong on the pull.  You’ll probably need to initiate the pull JUST a bit before you think you should. 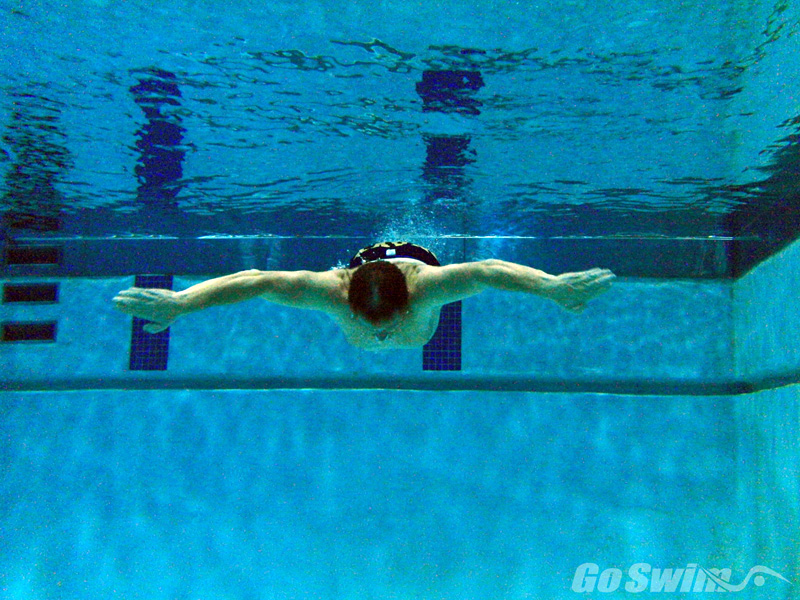 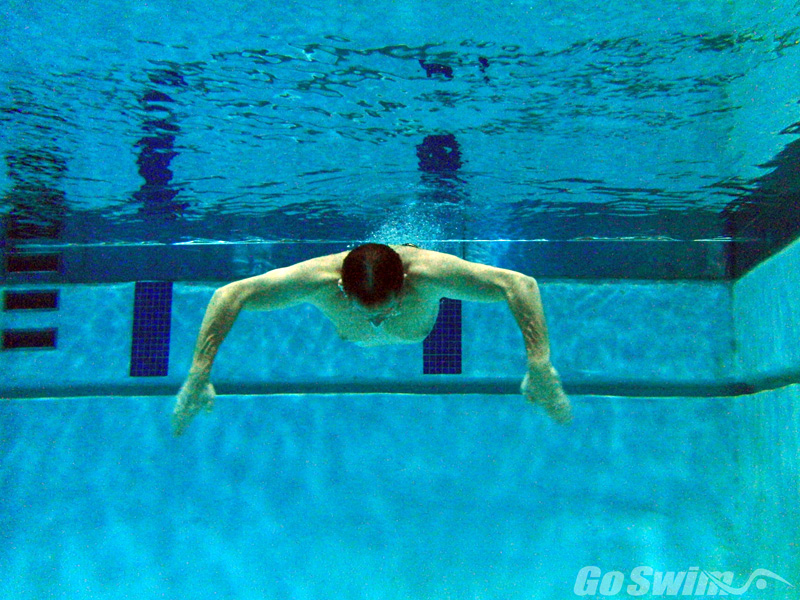 Here’s the real power move in the pull down.  Keep everything steady and make sure you’re not letting your hands get behind your shoulders.  The pull will probably end up feeling more narrow than you want it to.  Film yourself to make sure you’re not doing anything crazy. 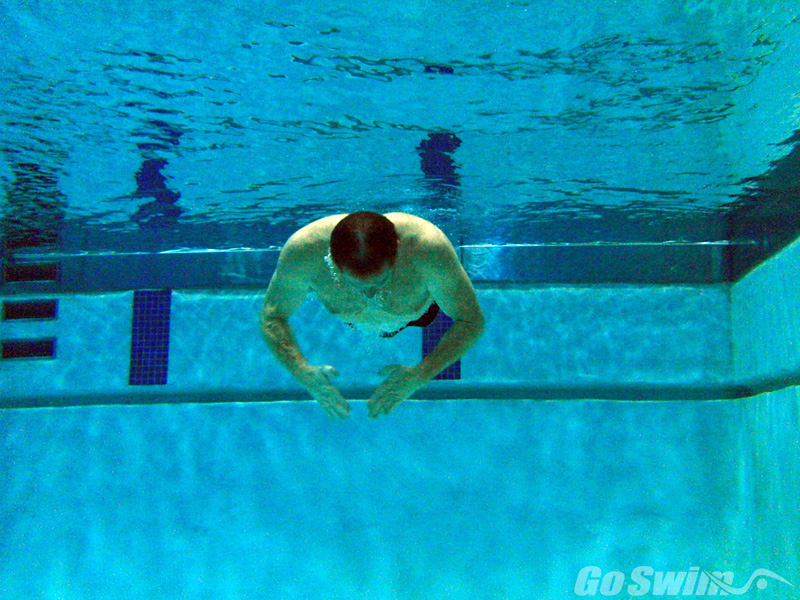 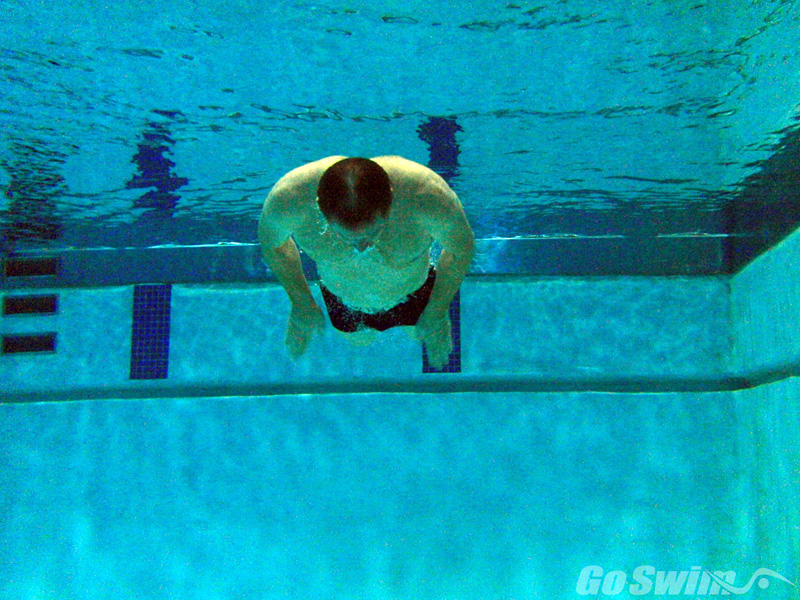 The big deal here is maintaining your head position during the most aggressive part of the underwater pull.  Make sure you keep your head stable and heading forward through this part of the pulldown. 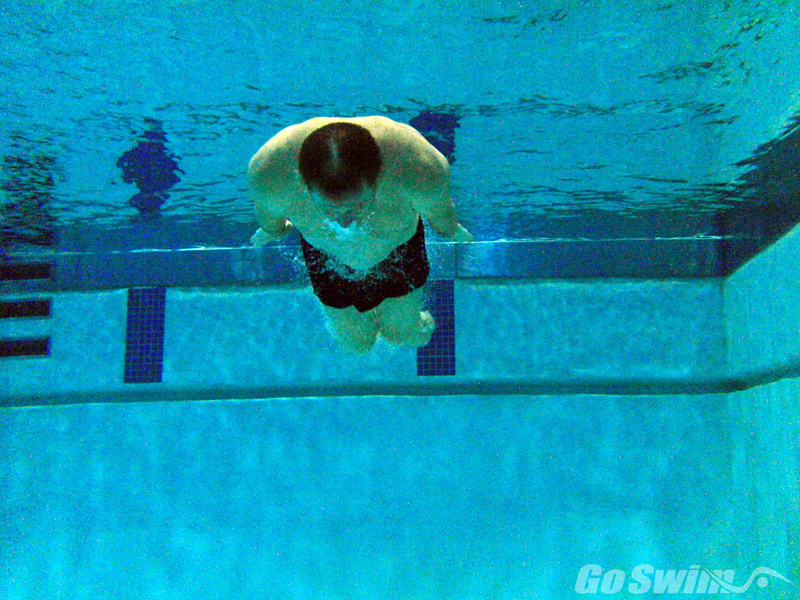 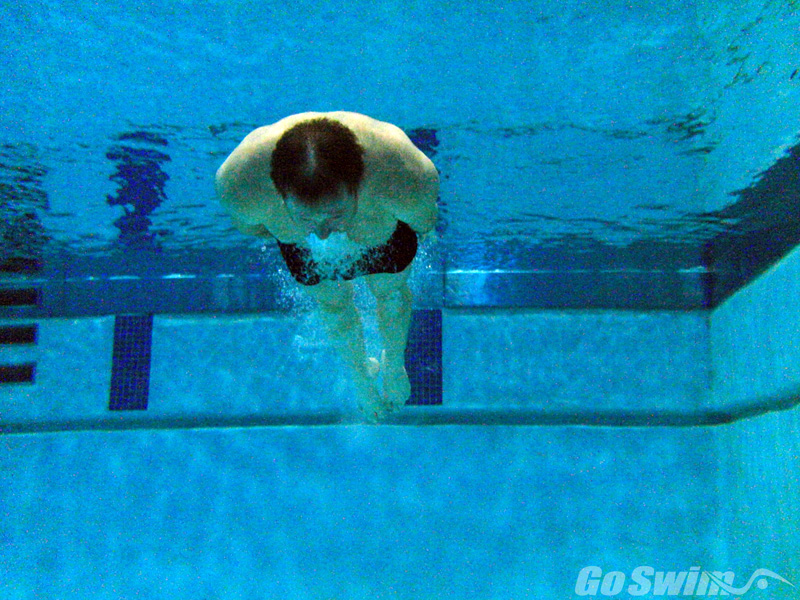 Just as you finish the pull, the kick should be snapping to completion.  The goal with the head, shoulders, and hands at this point is to remain as tight and inconspicuous as possible.  You should imagine the water as the enemy, and you’re trying to sneak past it. 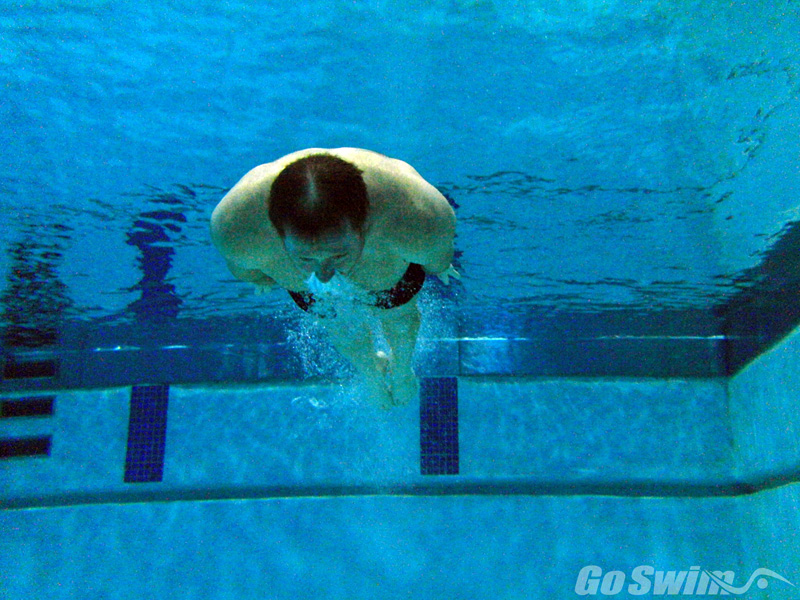 Before you get to the bad part of the recovery, you still have to milk all that momentum by staying as tight as possible after you’ve finished your pulldown and dolphin kick.

Coming soon… how to get those hands and feet ready to swim… without coming to a COMPLETE STOP.