I was sent a link this morning to an article reporting that FINA is looking at moving us all back in time to textile-only suits.  All I can say is, when will these guys make up their minds? 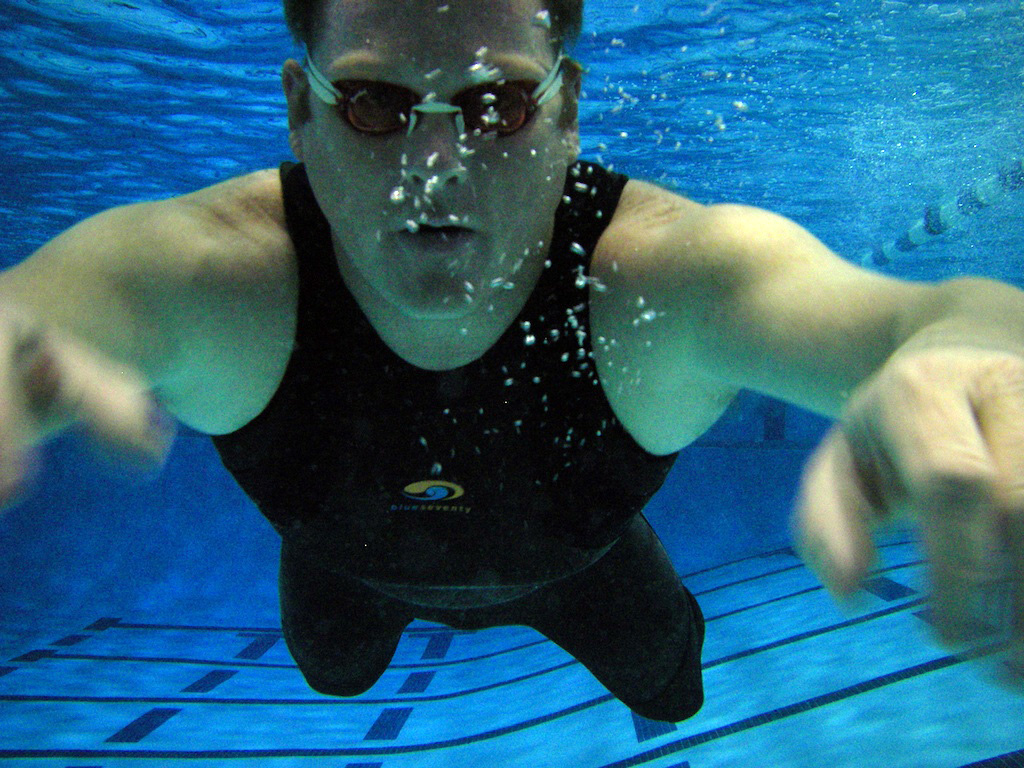 Some "swimming purists" are showing visceral anger at companies such as Jaked and Blueseventy, because they played by the rules at the time, but are now being accused of ruining "our" sport.  Please don’t forget who made the rules, who approved the suits, and who allowed the suits to be used to grow the sport while the global economy was tanking… FINA.

Any problems, questions, confusion, and now legal rangling that is taking place should be placed at the feet of FINA, and FINA only.  They started this situation and now have thrown the world of competitive swimming into the most confusing period since the moustache/no moutache era.

It now seems that the suit manufacturers… and their suits…  have fallen out of favor with FINA.  A year ago, the exact same suits were IN favor with FINA.  Craig Lord’s article seems to be quoting FINA (I can’t really tell), when he writes, "we asked suit makers in good faith to work with us to reduce and weed out performance enhancement; some did, others took our invitation as a cue to press ahead with further development of devices aimed at enhancing performance beyond the natural capacity of the swimmer."

Now come on, seriously.  If you’re in business, your job is to provide your customers with what they want, or need.  FINA made the initial rules, and now they are going to punish businesses who played by the rules they set.

Bascially, what rubs me the wrong way about this is simple… stop blaming the manufacturers for the problems of swimming today.  The blame lies squarely in the lap of FINA.  They started the mess and have allowed it to escalate to ridiculous proportions.  Also, when will FINA be totally transparent regarding what they are testing for, how they are testing, and what the standards are for the next series of suits? And when will they release their test results to the general public?   To expect a manufacturer to change tooling, or designs, in a matter of weeks shows either a complete lack of understanding of any manufacturing process, or is just a bit underhanded.  Suspicion will be there until a complete published list of standards, tests, and test results can be shown, and when words like "may" disappear from reasoning as to why a suit was banned.

I don’t think it’s a secret that I really like the Blueseventy suits.  I set a few Masters world records in one last year.  If those world records are taken away because I wore a suit that at the time was legal, but now is illegal, I won’t be worried about not being on some list somewhere, I’ll be more concerned that my reputation has now been tarnished because I will be considered a "cheater."   (Even though I was playing within the complete guidelines that FINA set forth and approved).

Up till now, the only people we’ve treated like that have been people who have injected or ingested known illegal substances into their body for performance enhancement.

Agree or disagree with this article, or the one cited below, is your choice.    But let’s please do get one thing straight here, it’s NOT the manufacturers who are at fault in this matter… it’s FINA.

As a final note, I am speaking to the suits that FINA approved, and then decided to disapprove.  Swimmers who knowingly wear suits that have NEVER been approved by FINA are on shaky ground as it is.  Why they’d do that I have no idea.