In GO SWIM FREESTYLE, Olympic gold medalist and world record holder Jason Lezak shares the key focus points that he uses to develop his awesome freestyle technique. Jason’s six focus points work for every level of swimmer – novice to elite – and you can start to apply them immediately, next time you go to the pool. The extraordinary swimming footage of Jason, combined with clear, step-by-step instruction, will help take your freestyle to the next level. 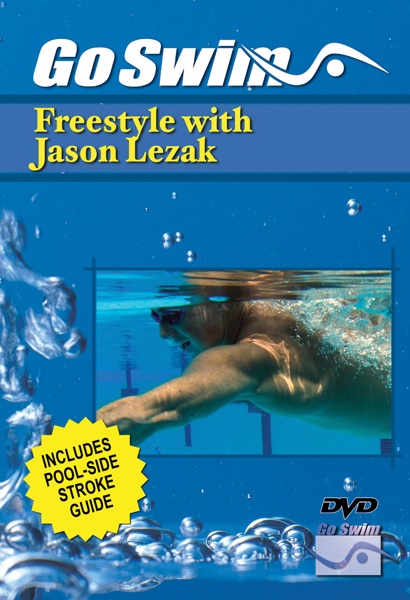 • Discover Jason’s 6 key focus points for fast freestyle.
• Learn WHY each key point is important, and HOW each one will help you go faster.
• Each focus point is illustrated from multiple angles – side, head-on, below, and rear – and from above and below the surface.
• Slow-motion and freeze-frame footage allows you to zoom in on key moves and really SEE how to do them.
• Use Jason’s favorite drills to practice each key element…or just GO SWIM! The 6 simple focal points will help you improve, even without drills.
• Bonus section includes full-speed and slow-motion footage of starts and turns, breakouts, and finishes, as well as interviews in which Jason talks about such things as pace, strategy, relaxation, and The Race (Beijing 2008).

JASON LEZAK is one of the most talented sprinters in history. At the 2008 Beijing Olympics, he anchored both the 400 Medley and 400 Freestyle Relays for Team USA, capturing two gold medals and two world records in the process. His anchor leg in the 400 Freestyle Relay was one of the most electrifying come-from-behind relay swims (and fastest 100 relay split — 46.06) of all time. Jason, who started swimming at age 5, did not become an elite-level sprinter until age 25. He is a 7-time US National Champion and former American record holder in the 100 LCM Freestyle. Jason has represented the USA at three Olympics (2000, 2004, 2008), earning 6 medals in relay events (including 4 gold medals), as well as an individual bronze medal in the 100 free in 2008. He lives and trains in California.

GO SWIM FREESTYLE was written, filmed, and produced by the team of GLENN MILLS, a member of the 1980 Olympic Swim Team and a currently a Masters world-record holder, and BARBARA HUMMEL, veteran of two Olympic Trials and currently a coach and World Top-Ten Masters swimmer.