EVF (Early Vertical Forearm) Drill will help you isolate the initial point of connection for the freestyle catch.

Why Do It:
"EVF" stands for Early Vertical Forearm.  It describes an ideal position for the hand, wrist, and forearm during a freestyle "catch."  The goal is to establish a long, straight pulling surface from the fingertips…through the wrist…and all along the forearm…and to establish this pulling surface as early as possible once the hand enters the water.

If you can learn how to establish EVF, you’ll maximize the amount of force you can apply to the water.

If you’ve spent years and years pushing DOWN on the water before you establish your catch…EVF will feel very unnatural and will be an elusive concept.  Unless…you can slow down and isolate what it’s supposed to feel like. 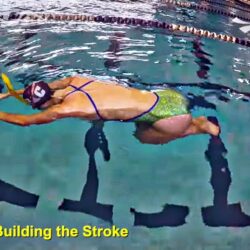 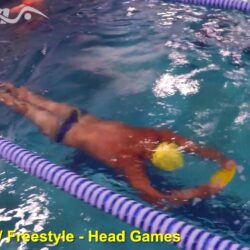