GET THE IPHONE APP HERE

If you’re one of the tens of thousands of fans who have downloaded the Go Swim iPhone app (thanks, by the way), we have good news for you. 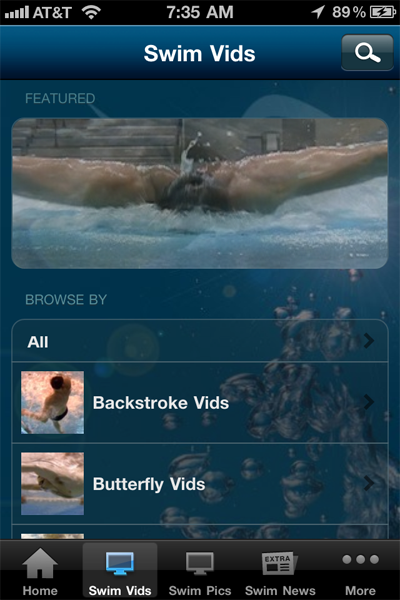 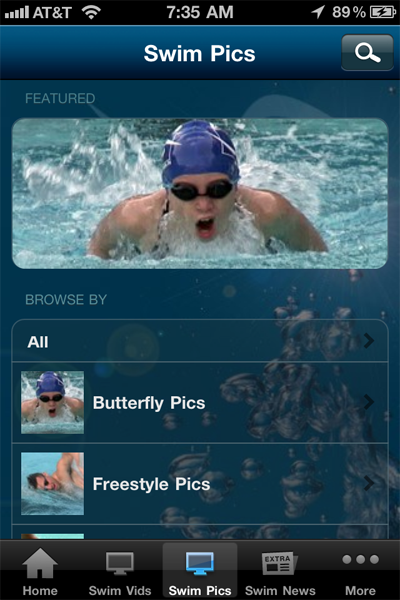 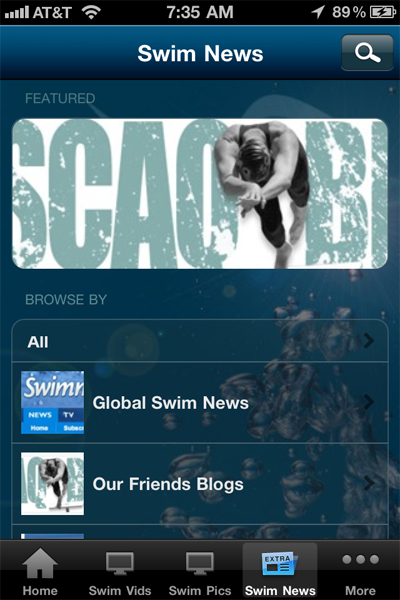 We’ve spent some time restructuring our app with swimmers and coaches in mind, and we’ll be continuing to put new materials within the app.  The big news of this latest update (which isn’t really an update in the sense that you have to go to the iTunes store and redownload… it’ll just happen), is that we’ve added categories.

By categorizing all the videos and photos on the app, we’ve made it easier and faster for you to find the ones you want.   For swimmers, this means a couple quick clicks and you’ll be watching a video on the freestyle catch, or an image of Brendan Hansen’s head position as he starts his pull.  It’s all in there already, we’ve just made it much easier for you to get to the content you want.

We’ve also submitted this same app to the Android marketplace and will hopefully be hearing good news in the next few days.

What do you have to do to get this update?  If it doesn’t show up automatically, make sure the app is shut down (if you’re running software that allows for multitasking), then restart your device.  The next time you start up the app, the new features should show up.