The Responsibility of Leading the Lane → 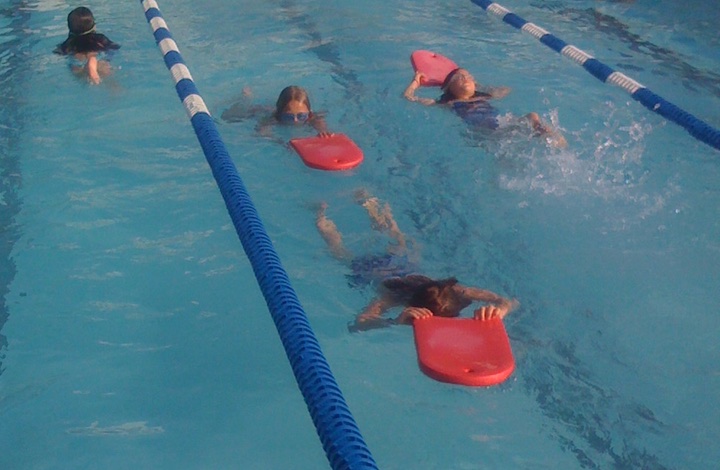 So here’s the scenerio.  You have an 8-year-old swimmer and, like most 8-year olds, he/she is pretty new to the sport (even 8-year olds who’ve been swimming for a while are NEW to the sport).  You have a decision to make… which path to go down for their future?

With every goal that we set in life, there are various paths we can take to reach those goals.  Deciding which path to take can be a tricky decision, especially if you already believe that one particular way is the right way.  These decisions never come without some sort of tentativeness, but once you’ve chosen that path, I understand how tough it is to vary from it.  Part of achieving a goal is sticking directly to that goal, and not wavering.

With that said, when we’re talking youth athletics, there is nothing more import than “skill development.”  But for some reason, swimming seems to be one of those sports where there’s a belief that young swimmers should be trained in the same way as older swimmers.   There’s a notion that work is measured by the time, or distance someone swims, rather than by how the skill is performed.  Look at other sports, specially martial arts, which encompass some of the oldest and most respected disciplines across the globe.  Every martial art is taught as a step-by-step progression of skill development.   Teaching takes a very logical approach to what comes first, and what comes last.  I’ve written about this many times before, but it bears repeating, just as many things regarding swim technique are worth repeating to the swimmer.

There is skill development in baseball.  First comes tee-ball, then softball, then fast-pitch softball, moving up the ranks to fast-pitch hardball.  It would be silly to train an 8-year-old as if the youngster is a major leaguer, working on power and speed before setting up “how to hold the bat” or “how to throw the ball.”  Such training would ultimately leave that little athlete with no real future in baseball.  There is simply skill development in EVERYTHING in life we do, and to rush into training prior to acquisition or “ownership” of some sort of competency prior to gaining an understanding and grasp of the skills required to achieve one’s potential, is simply rushing to failure.

There is always a lifespan with any athlete, and the toughest part about reaching “retirement” rather than “quitting” is pacing the progress.  Within that lifespan, with these two simple paths taken into consideration, skill development or yardage, there is limited time for one of these.  Just like teaching a youngster a new language, it’s widely accepted that the earlier multiple languages are incorporated into the everyday scheme, the easier it will be to make it instinctual.  With that same thought process, skill development has a much more limited time frame in the lifespan of an athlete.  If you don’t learn the proper skills early enough, as you get older, the demands of training (yardage and fitness) become much greater, and you’ve more than likely already imprinted so many habits in your swimming that these habits will be tough to break.  Don’t believe me?  Ask any triathlete who’s having a difficult time with the swim.  They’re usually very good athletes; they’ve just never learned the skill set for swimming.

There is always time to get in “shape.”    If you’re committed, it doesn’t take long at all.  Heck, we all know swimming is pretty much the best exercise out there, so doing it with the sole purpose of getting in shape is simple.  That means the lifespan of “fitness” is MUCH longer than the “lifespan” of skill acquisition.

If you’re the parent of a young swimmer, please don’t mistake skill development for easy swimming.  Skill development takes much more focus, concentration, and the demands of placing your arms, legs, head, and torso in JUST the right position, that fitness occurs while learning is taking place.  It’s actually easier to hammer back and forth with no thought of why, than it is to swim with perfect form.

Of the two paths, skill development and yardage (fitness), which do you think goes away the quickest?  Do you LOSE skill once you’ve gained it?  Do you LOSE fitness when you stop swimming?  Take a look at some of the former Olympians coming out of retirement, playing around with swimming, still a bit chubby, but going VERY fast.  They learned the skills, and they never went away.  Heck, look at Amanda Beard… retired, married, child, back in the water for 9 months… PAN PAC TEAM!  She owns the skill.  It never went away.

Ask yourself an honest question if you’re a parent.  What gift do you want to give your young swimmer?  Do you want an 8-year old with the body of Adonis (it will never happen naturally) that will vanish the second he/she stops training?   Or do you want an 8-year old with skills that will last a lifetime, and who has the option of acquiring fitness whenever his/her body is truly ready to achieve something of great athletic accomplishment?

One final thought, which has always been a theory that no one, including me, has been brave enough to test.

One of these swimmers is now a black-belt of technique.  The other is a street brawler.  Who will still be swimming at 18?

This isn’t to paint a picture of desperation for trainers… a few have actually made it to be very good swimmers.   Among Olympians, however (and I know quite a few), the 2nd story is much more typical than the first.  We all loved to swim, we all had had technique driven into us and, when the training came, we didn’t like it, but we were ready for it and knew what we had to do.

Here’s my personal simple, simple, simple philosophy to give someone the opportunity to be great:
Teach before train, but once they’ve learned the skills… TRAIN, and train HARD.

Don’t rush the process. REAL training for swimming is a brutal process.  As many people say… been there… done that.  🙂

The Responsibility of Leading the Lane →