Always at the end of a season, you’ll have athletes who are completely satisfied with what they’ve done, and others who wish things had gone a little differently.

That’s the great thing about this sport. There’s not as much to it as you’d think.  After 10 years of posting drills, and doing our part to create material that can be used to help swimmers visualize what they can, and sometimes should, be doing, the sport itself remains pretty easy.  I had a great opportunity to hang out with Gregg Troy last week while at the Indy Grand Prix swim meet.  As we talked about philosophy of training, technique, and communications with athletes, we both agreed… sometimes it’s an over-thought process. 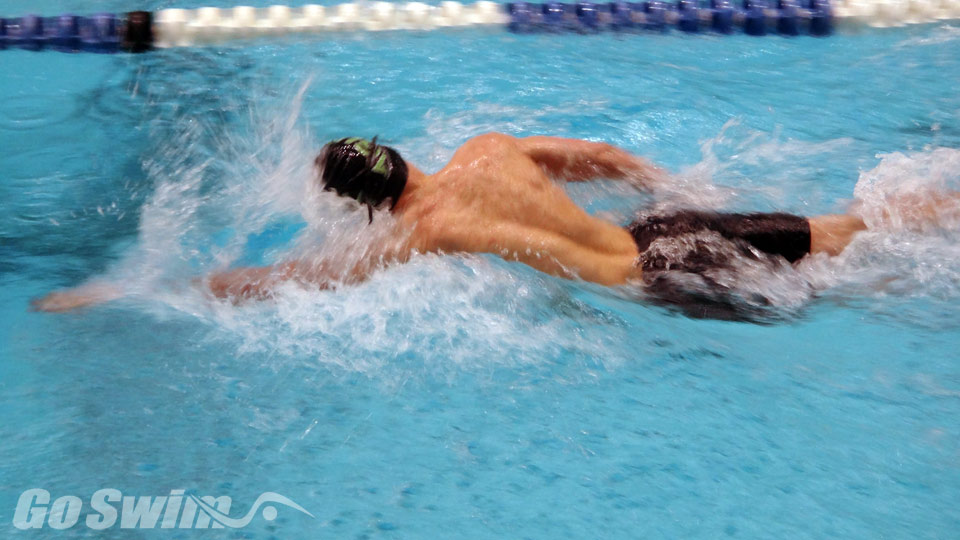 Work, and you win.  Don’t work, don’t worry… you won’t win.  Work, and you’ll succeed.  Don’t work, don’t worry… you won’t succeed.  While coaches can make changes to technique, it’s much more difficult to make changes to cultures.  If people are used to, and allowed to, show up late or pull on lane lines or do one-handed turns… then it’s never a surprise when little things go wrong during competition.

There’s one athlete in particular that I’m thinking about right now.  The swimmer is talented, hard working, and wants to be faster… but there are chinks in the armor.  There is a habit of being late, not doing the entire warm-up, slacking off a bit in kick sets, and focusing only on sets that excite the swimmer… but not enough on the things that don’t.

While this particular swimmer had a few life-time best times at the meet, the swimmer left the meet fully unsatisfied with the experience.  Coaches and mentors can use these situations as either a time to yell… or an opportunity to teach.  If the swimmer really wants to be better, then it’s a great time to teach.  I was fortunate that while at the meet, I saw the swimmer’s unhappiness, and happened to have a good friend walking by.  I asked this friend if he’d take a minute to talk to the swimmer.  Through the course of the conversation, the question was asked… what would you change?  The first response was, "I’d show up on time."  My friend was amazed.  "You don’t show up on time?"  I won’t go into detail about the talk, it’s between these two, but my friend was Nelson Diebel… Olympic Champion in the 100 Breaststroke.

Whatever the course of the conversation, when I went to the pool this morning (typically, my wife and I walk in alone and wait for the swimmers), this particular swimmer was on deck, stretching, getting ready.  Neither of us said anything.

The swimmer did a great job during practice and, I felt, continued to seek approval… looking to see if we noticed.

After practice we were talking, and I was asked… "did I do good?"  I said that it was all I could do to stop myself from coming over and high-fiving this swimmer when I got there… but that I had to maintain composure.  You see, it’s not a question of whether the swimmer can be reformed on a single day.  The ultimate question is whether the swimmer can do this for the next 100 practices.  My response was, "That’s one."

There’s an old story about John Naber’s preparation/quest to set a world record in the 100 Backstroke. To fuel his training, John gave himself credit for 1/100th of a second toward that WR time every time he did something great at practice.    Over the course of the final year leading up to the Olympics, John had accumulated just enough 100ths of a second to break the World Record… which he did in Montreal.

Greatness, or reaching your goal, never comes from one practice.  It comes from the result of hundreds of practices.  Sometimes thousands.

With that said, every journey starts with one small step, and you have to take it to get there.  So even though it was "just one"… it was the most important one.  Don’t be afraid to take it… just take it.

I encouraged the swimmer to start a visual calendar, or journal, where they could mark each day that they did something great… in which NOTHING is allowed be great unless the first step is taken… showing up on time.

I’ll end this with my standard saying, "You know how to eat an elephant don’t you?  One bite at a time."