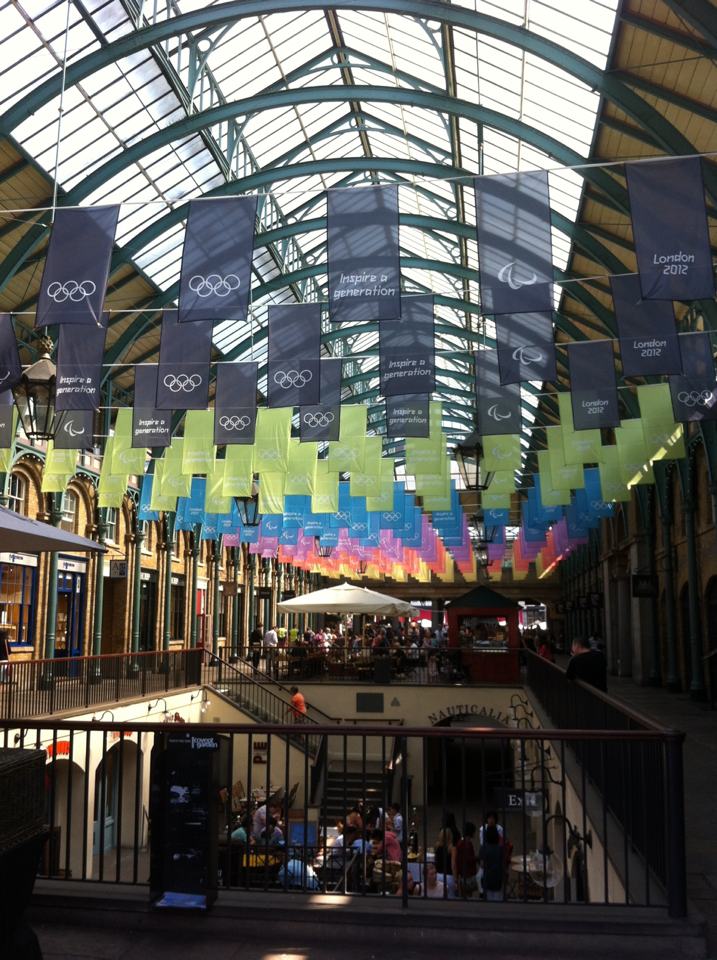 It’s been a very long road and it’s always tough to describe to people that you’re an Olympian… but have never actually BEEN to the Olympics.  Thanks to Rachel and Lia, that changed this summer.

I actually never wanted to go, always feeling like I didn’t belong, or that I’d end up in the stands sitting next to someone asking me if I’d ever seen anything like this before.  I didn’t want to talk about my Olympic journey with some stranger in the stands, just too uncomfortable explaining it again, and having to listen to the response.  There’s typically pity, but sometimes I also sense the vibe of "so you’re not really an Olympian."   Maybe that comes more from inside my head than from theirs, but there are some things you just can’t help feel.

I didn’t want to go to the Olympics and simply sit in the stands.  I wanted to be involved somehow.  Life takes you in many directions, so my involvement simply wasn’t in the cards… until…

On June 30th, from lane 8 at US Olympic Trials, Lia Neal races home and earns a spot on the US Olympic Team for the 4 x 100 freestyle relay.  Lia is trained by my wife, Rachel Stratton-Mills.  Involvement #1.

Involvement #2.  Over the past ten years, Barbara and I have worked to bring the best swimmers to you via video.  In that time, we’ve compiled a list of very speedy swimmers, THIRTEEN of whom qualified for the London Olympics for their various countries.   I would have a lot of friends to cheer for.

Finally, Rachel asked me if I’d go… what could I say?  Involvement #3.

Attending the London Games was a great experience, made even better when Lia led off the morning relay with what turned out to be the fastest split, earning her a spot on the evening relay.  The distinction between "being there" and "being involved" came quickly that afternoon.  Because Rachel is Lia’s Coach, she had a ticket to the finals.  Because I was the tag along, I didn’t.  Thankfully, an old friend and competitor, Chris Weissman, was in the same boat as me, and texted that he was watching the swimming at a temporary establishment just outside the Olympic venue (thanks, Heineken).  Chris and I, surrounded by a number of new friends from the UK, Spain, and who knows where else, watched and cheered for Lia (they were newly converted fans) and when Rachel joined us after the race, she was greeted with applause as the Coach of an Olympic Medalist.  Has a nice ring to it.

The rest of the visit to London was about as happy as you can imagine.  Nothing to do but see friends, visit London, and revel in the feeling of great accomplishment (Rachel and Lia’s).  I was happy to be even that involved.

London is a great city with tremendous history, and beautiful architecture.  Everywhere you walked there was something new to see.  We had the opportunity to spend some time with Tim Shead, another old friend whom I met nearly 30 years ago while swimming in South Africa.  Tim is the owner of P2Life, and treated us each evening to pre-finals get togethers.  Some of the friends who stopped by were new friends, but included the parents of Ricky Berens and Tyler Clary.   Tyler’s Mom said that all she wanted for her son was that he got a 2nd swim.  I can only imagine the happiness and pride she feels now after Tyler’s Gold Medal.

We were also able to watch table tennis, a sport everyone has tried, but very few play like Olympians.  The reflexes are incredible, and reflexes with control is something to be witnessed.  We also had a chance to see beach volleyball, and the show that was put on at Horse Guards Parade was as good as you could expect.  We were actually part of a world record as the crowd performed "the wave" no fewer than 26 times.  Sure… it was a bit repetitive after 10 or 15… but the announcer kept things going while the match was going on.  Between that and the dancers between points and games, made this a little different Olympic experience than I thought… but obviously I need to go to more beach volleyball events.  It was very cool.

Typical tourists, we saw Big Ben, the London Eye, Buckingham Palace and had prepared for the trip by watching National Lampoon’s European Vacation.  We tried to make sure we didn’t look like tourists, but I’m sure the taking of nearly 700 pics posted to Facebook may have made that effort moot. 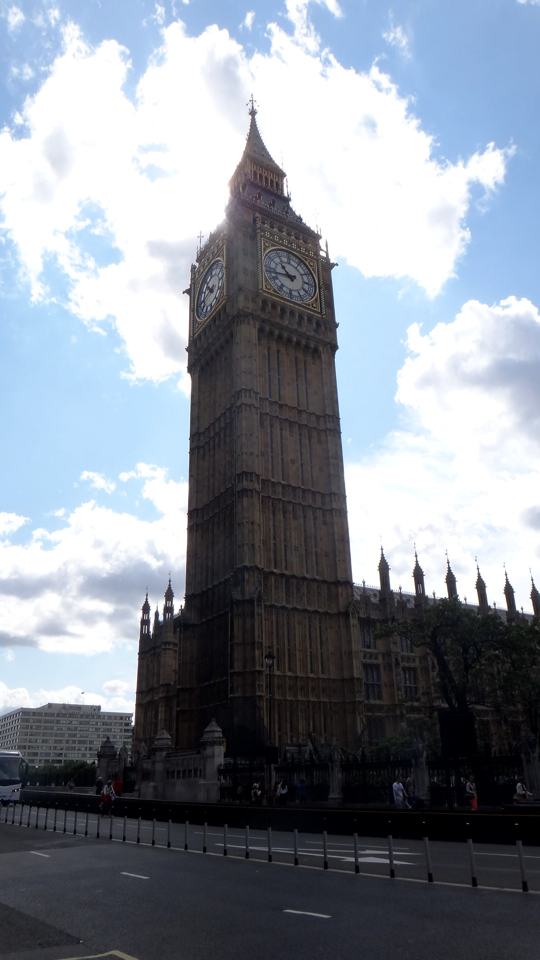 Was the wait worth it?  It’s been 32 years since I won Olympic Trials.  Thirty-two years of having to explain about the boycott, and some type of justification that there really was a 1980 US Olympic Team.   It came into perspective early, at the pool.  A gentleman came to sit next to us, far up in the stands as we watched Day 1 prelims.  We all started talking, and we asked what brought him to the Games.  Turns out he was Jerry Romani, husband of 2012 US Olympic Head Coach Teri McKeever.    Talk about being involved, and any explanations of 1980, or Rachel being Lia’s Coach, went out the window.  He knew.

All in all, London 2012 was a great experience.  From the Olympic helpers/volunteers everywhere around the city, great signage to help you find where you wanted to go, friendly police and military at the venues, and, obviously, an Olympic Bronze medal coming back to the team… yeah… it was worth the wait.

Thanks, London, Rachel, Asphalt Green, Lia, and all the Go Swim athletes who competed.  I felt involved just enough. 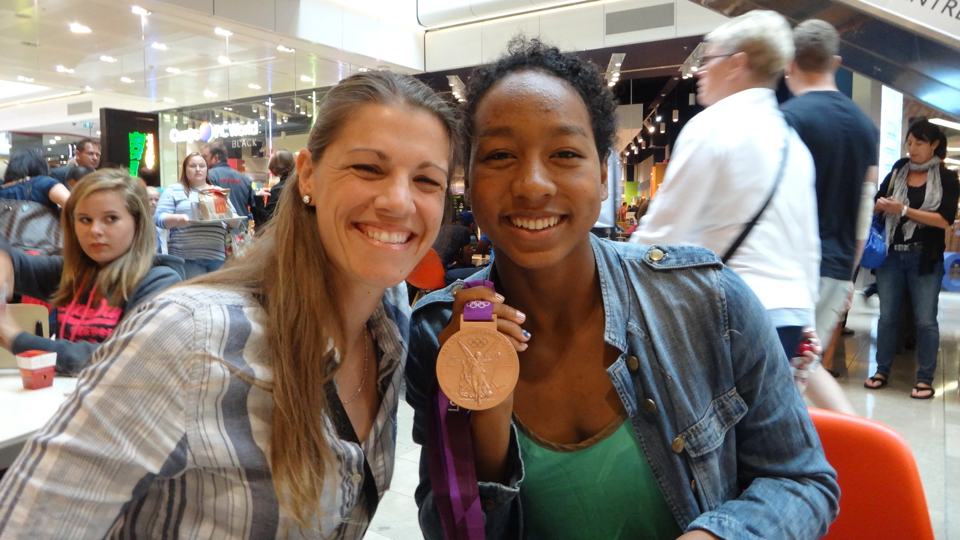