← Main Set Wednesday – When the Ball’s in Your Court…

When presented with hundreds of swimmers, who have hundreds if not thousands of parents watching them at each weekend competition, how do you hold back when you (and all those parents) see one swimmer with true potential?   How do you hold back from pushing forward too fast? 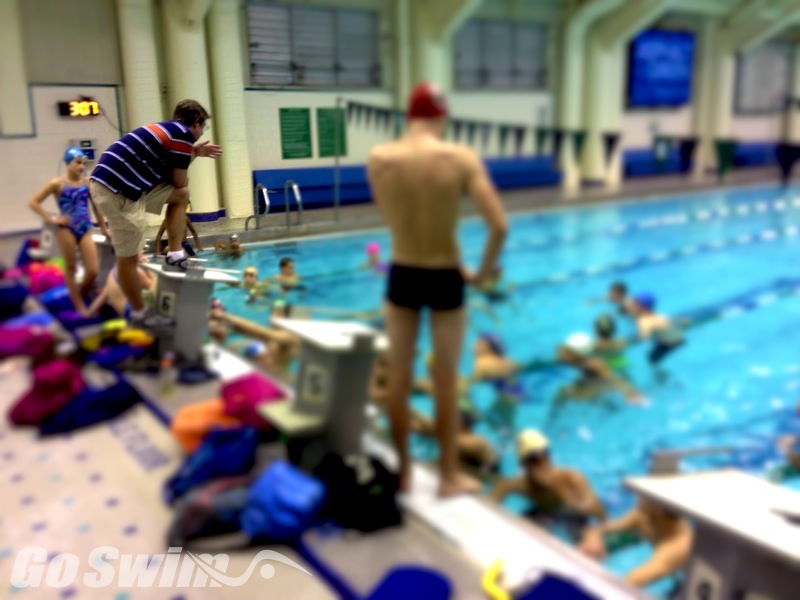 This question is based on a specific story of two swimmers, one who matured early and one who is maturing late.  Both swimmers have tall fathers, not always the best indicator, but a good indicator that each has the potential to reach the size that can get them to a higher level than they might have thought possible in the sport.  As a coach, you know that physical maturation is coming.  The question is:  How can you convince both swimmers (and all those parents) that huge patience is needed in order for both swimmers to reach their potential?  This task becomes more difficult when the early maturing swimmer is succeeding despite poor technique and stroke patterns that just aren’t the ones used at the top level of the sport.

The swimmer that is late in development is conscious that he is smaller than his peers, a varied population of 13-year-old boys, some who’ve had a massive growth spurt and some who have not.   Typically, the ones dominating this age group are boys who have grown, or matured, early.  Even with poor technique, because of size and strength, they can muscle their way to victory.  Our late bloomer is impatient for growth, but has committed himself to improving his technique, to mastering great walls and dolphin kicks.   In his favor is the fact that there is far less pressure on him from the outside environment because he’s not as fast as his technique indicates.

The key to working with a late maturer is giving them praise and hope based on the skills they’re developing NOW and that will be habit after they grow.  If you can keep these swimmers excited about the sport, you have a winning long-term combination.  The psychology and excitment of improvement makes it very easy to keep a swimmer in the sport for a long time.  When improvement stagnates, so does the excitement.

The swimmer that matures early is seeing the sport from a completely different perspective.  Typically these swimmers are at the top of the age-group, and are generally happy with their victories or results.  They’ve been able to succeed to this point simply by being bigger and stronger than their competitors.  The one thing we can all be certain of is that, eventually, growth stops for some, and others will catch up and even surpass the early maturers.  The psychological edge and excitement factor that fuel the early developer may fade as the late developers start to grow.  If and when the early developer starts to lose to some of those late developers (the kids he’s always beaten), it’s a very tough pill to swallow.

There will always be swimmers who are dominant from age group to senior.  There will also be late-developers who hit their stride at just the right time.  When the psychological and physiological development hit their peak at the same time, it’s the perfect storm of long-term athletics.  When the athlete is excited to train and has good technique just as the body starts to mature, massive improvement starts to take place, which typically leads to more training, more excitement, more enjoyment, and more success.

When we see an early maturer start to show promise, we look at the long-term goal and potential of the body type, the attitude, the work ethic, the parental support, and then make a decision of how to move forward.  If an early development swimmer is having success with a sub-par technical stroke, it’s our duty as coach to pull them back, even if that means slowing them down, to set them up for long-term success with new technique that opens a new potential for that swimmer.  Early development swimmers have the ability to mask technique flaws through size and strength.  The outward perception of success MUST be overcome by the knowledge a coach and staff has of what is truely a stroke with long-term potential.

To hold an athlete back, just as they’re starting to show massive potential, is one of the toughest things that can be done as a coach, parent, or athlete.  This is something that has to be decided upon, agreed upon, with a long-term goal and plan in place.  All parties must understand that for a little while, even if it means sacrificing the trophies of a season or a year, the swimmer must take as much time as necessary to develop a stroke that gives him a new potential.   By sacrificing a spec in time, he could gain a long-term career.

The coach and staff must evaluate each swimmer’s stroke, technique, and attitude about the sport.  Then, the swimmer, parents, and other coaches with whom the swimmer will be involved must come to an understanding that the outside world may not understand.  If the swimmer displays technique that hasn’t been seen at the top levels of the sport, then the "team" has to buy into the idea that training may need to be paused until technique is corrected.    While great swimmers often have "signatures" or variations in technique that give them an edge, there are some absolutes in high-level swimming:  streamlines, extension, ability to leverage the water, great underwater dolphins, excellent timing of strokes, and awareness of drag.  While there are many ways to go about these things, the "team" must determine if the technique being shown by any young swimmer IS the technique that would be used if they were swimming at Olympic Trials or, better yet, the Olympic Games.

Not every swimmer will make it to that level.  There WILL, however, be members of your team with that potential IF the "team" understands there IS potential, and evaluates each movement based on the end, rather than the present.  Not ever swimmer has the potential, and while EVERY swimmer deserves to be treated in this way, not every swimmer wants to give the commitment it takes to reach their potential.

An agreed-upon, planned approach and long-term goal of what COULD BE, has to be used every day, starting today.   Do you have the patience to peer into the future and see the athlete on the blocks at Olympic Trials, with a real shot at participating in another heat?

← Main Set Wednesday – When the Ball’s in Your Court…