All coaches and teachers should start every session with a plan, but sticking to the plan line-by-line doesn’t always make for a productive practice. 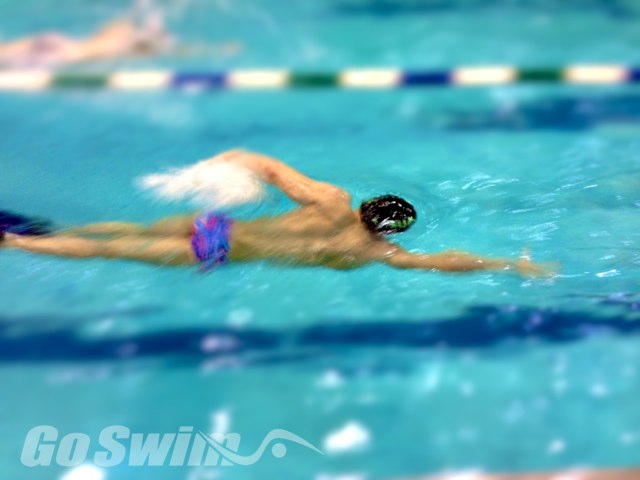 Last night while working with a group of younger swimmers, I found myself distraught.  I really couldn’t find another word to describe my feeling.  After having worked with them week after week (I only see each group once a week), I was amazed that it seemed like nothing I had taught them up to that point had stuck.  I was again working on the most basic skills, and didn’t see he rationale in moving them forward to skills that required simple foundations to function.

I took the practice, wadded it up into a ball, and walked to the nearby trash can and dropped it in.  What do I do now?  What will the practice be now?

In applying a practice, we have so many factors to take into consideration:
– will they get training
– will they be motivated
– will they understand the meaning of the set
– will they learn

I know that’s a short list, but I’ll let you know this group’s average age was 8.  Yeah… I know… rough age to engage, but why?  While I was in knots inside, upset that they hadn’t learned, or seemingly even attempted to accomplish the simplest things… there were two paths to get them back.  I could be stern, yell, demand that they do things, or I could take a deep breath, and patiently explain WHY these things have to be done.  Yeah again… emploring 8-year olds is a rough job.

I like to speak to even the youngest swimmers with a respect for their intellect.  I never did the baby talk thing with my kids, and I don’t do it with young swimmers.  I don’t beat around the bush and I don’t reward for doing what’s asked.  If we’re creating athletes, then we have to start them as young as possible in the understanding that there are certain things they MUST do to succeed, and failure to learn those things will ultimately leave them dissatisfied as athletes.

In working with 8 year olds, I’ve learned they appreciate authority, or at least someone who has earned their respect over time by showing caring for them.  If you get them to know you’re really doing this for them, by being stern when you need to, and then immediately praising them for a fix, or for listening, ultimately they’ll give you what you want… but you have to keep asking, and asking…. and asking.

It seems to me that all 8 year olds have a difficult time focusing on what you’re asking them, especially when there are 2 swim meets (high school) going on in your pool, a fully packed grand stands with plenty of people to watch, the cheering, the officials walking around, and kids actually going off the blocks for races in the LANE NEXT TO YOURS!  You MUST demand attention, and do it in a way that doesn’t make them cry.

It was a rough practice, it was one of the more demanding coaching / teaching nights I’ve ever had.  I wasn’t pleased with what I saw, I wasn’t pleased with the attempts being made at the beginning of practice, and by throwing out the practice that was written, and only giving them what I could get out of them… to salvage something from a rough night was now the goal.  By the end of practice, we had accomplished something.  We did our typical "high-fives" on the way out, and everyone left with a smile… while I felt like sneaking off to a corner and curling up into a ball of exhausted mess.  The amount of energy it took was amazing, and in the end, I felt like a better teacher.  Problem was… I now had the 10 year olds coming in.

Where does this philosophy end?  At what age do we stick to the plan no matter what?  While it’s so easy to understand with 8 year olds, that it’s more important to teach them skills than it is to train them.  It’s so much common sense, that anyone trying to train an 8 year old needs to be taken out to the woodshed.  Do we stick to our plans with the 10 year olds?  Do they have all the necessary skills to take them to the top?  How about the 14 year olds with Junior National cuts?  The senior swimmers with national cuts?  The Olympians with medals hanging around their necks?

Part of the skill of coaching is to understand you must get out of an athlete what you can.  While you have to typically ask for more than they’re willing to give.  Constantly demanding that they give you what you want, rather than what they can give, can ultimately leave you with an under performing athlete.

Before anyone thinks I’m a big softy in my meaning here, it’s not the case at all.  Changing a workout to get what you can out of an athlete is an art, not a science.  The demands of skill are equal to the physical demands of a tough set.  The same intensity must be held no matter the set, and failure to achieve that intensity in a practice means we haven’t given the right practice.  We have to find what motivates the athletes on that day… while coming to an understanding with them that there will be days they have to do things they don’t want to.

In the end, especially working with the 8 year olds, who don’t do what we say from one practice to the next… who’s to blame in this?  I take full responsibility and know that I have to create a better system that maintains a certain integrity in all practices.  That skills are consistently taught on a daily basis and that we don’t put the cart in front of the horse.  It’s consistency of message, and short, easy to understand, precise messages the younger… and… as it turns out… the older the swimmer (the masters).  Teaching skills, or demanding performance that requires skills that aren’t mastered yet, is simply an act of going back and forth in a pool… NOT the goal of competitive swimming.

Where does this philosophy end?  Never.