You know you’re doing your job right when 4 swimmers come up to you after practice, all wanting to talk about the same thing, and by answering one, you answer them all.

I had given one of these swimmers an assignment, based on some recent filming that we had done.  Through video review (on the iPhone, of course), and a discussion, he was told he needed to spend time fixing a delay in his kick.  We had looked at some Jason Lezak video, where the swimmer, who is 14, learned that he had a problem similar to the one Jason had with his kick.  Jason points out that there are gaps, or spaces, in strokes that need to be filled.  To fill the spaces, you need a consistent kick with no delay. 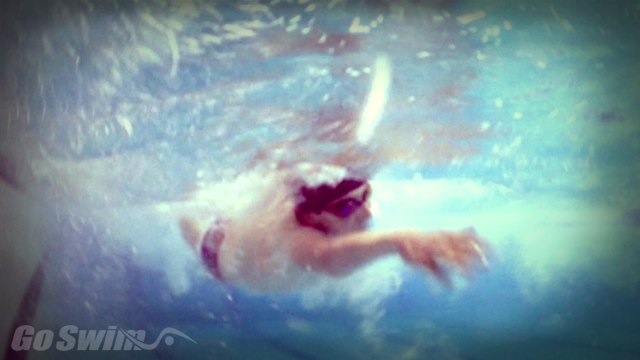 At last night’s practice, each time I watched this swimmer it was immediately evident that he was working on his kick.  What a great feeling as a coach.   Last night, however, the swimmer was doing a particularly challenging set, and he was having a hard time making the intervals AND working on the technical change that he needed.

During a break in the set, he climbed out, nearly distraught at how hard it was to work on the new technique AND make the intervals.  He told me he was just DEAD… couldn’t go any faster.  This new technique obviously wasn’t working.

Making changes is a frustrating, mentally demanding process.  The younger the athlete, the tougher this process is.  There’s something about age that helps develop an understanding that change takes time, and that new habits are not easy to put in to place.  Young athletes sometimes think:   If I change it, I should go faster NOW.

Changing swimming technique is like learning a new dance.  Only an incredibly complex dance.  It takes time to learn the steps, and if you’ve been dancing for a few years, without the knowledge of how to really do that dance well, when someone tells you to change the rhythm, the rotation, the step of a dance… it’ll feel awkward.

You have to sit back and, as I said to this one particular swimmer, understand one thing about practice:   It’s… well… practice.  If you focus solely on how fast you go in practice, you may miss the goal of practice.  Swim practice, workout, calls for a combination of physical, mental, and technical mastery.  Neglect any of those three components, and you’re just going back and forth.  Don’t focus just on what you’re doing speed wise, or interval wise, but also know that by demanding you do something different, analyze your effort level as well.  Forcing your body to do something it doesn’t want to, or take a shape it’s not used to, takes FAR more focus and work than just doing what you always do.

We have to understand that our sport isn’t defined by the sets we do in practice, but in how we improve in competitions.  When you remember that practice is about preparation, you start to understand that at many points in your career, you’ll have to change your focus on what’s important during practice.

If you’re a grind-it-out, work-work-work type of swimmer who doesn’t get this… doesn’t understand why anything that makes you go slower (even for just a couple months), could be benefiicial… then think of it this way.  If you strapped a 20-pound weight around your chest, and were asked to go the times that you go now in practice… would you be able to?  Would strapping on that 20-pound weight require that you work harder to do the same things you always do?  Would it feel GREAT when you took off that 20-pound weight and got ready to race?

Think of better technique as a 20-pound weight.  It may limit you for a while, but when you’re ready to race… unstrap the weight (your mind and what you’re focusing on), and race (let go and GO!).  If you’ve been true to working on the new technique… some of it will be maintained when you let go.  Ultimately, the goal of technique changes are to allow you to go faster… later… maybe not today.

As I stated in the first line, as practice ended, the young man came up to me to talk about his frustration and the process of his changes.  At the same time, three other swimmers all came up to discuss the same thing.  We gathered in a small circle, and I pointed to each of them and asked them what they were working on.  1: my kick in freestyle.   2: my hands on the flip turns.  3:  my head position on breaststroke.   4: my rhythm on breaststroke.  Each of them described the same frustration, but now understood they weren’t alone.  They took some solace in knowing each swimmer was trying to change something, and none of them had been singled out, but they were in a way.  Giving each of them what THEY needed to fix, and one step at a time.  Fix that… and we’ll move on to the next thing.

Best wishes to everyone making long-term effective changes to positively impact the technique you’ll want to have in 3, 4, or 5 years.  You are the future of the sport, and you have the control to create your future in this fashion.

Ask yourself ONE question, especially if you see yourself on video:  Is this the technique that will allow me to reach my goals in swimming?

If you’re not sure… www.goswimtv.com