We could all literally do this every day.  When you just sit back and observe the daily actions of age-group swimmers, there are always things that you’d like to see being done differently.  Here’s a quick list from last night: 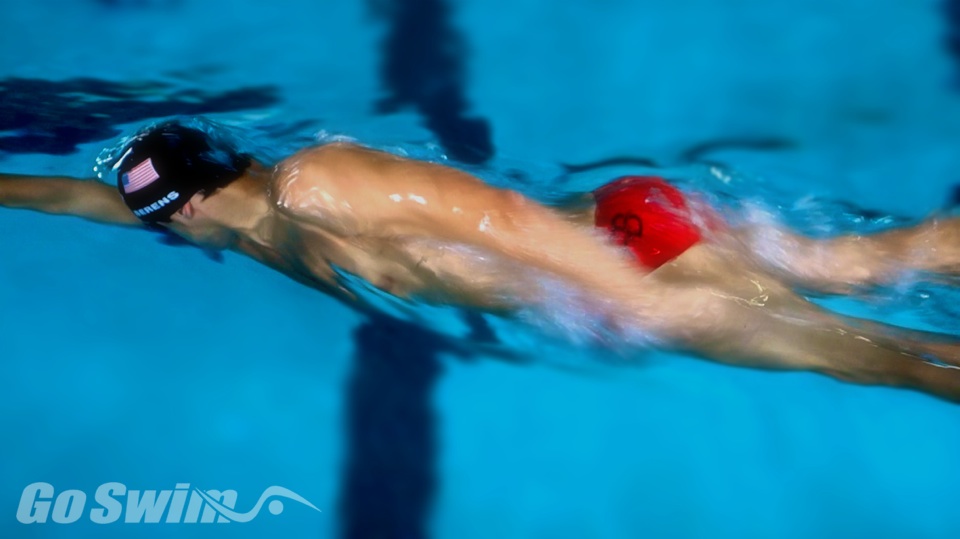 Show desperation to get in when you show up late – We all understand things happen, especially in New York City.  How many places can kids use the excuse "the subway was running behind?" While it can be a valid excuse, the idea that you walk in slowly and relaxed, while your entire team is in the water already training… isn’t the best way to show your coach that you’re sorry you’re missing something.  Hurry in, rush to put your goggles on, and find out what you’re doing from your teammates…not from the coach.  Just get in.

Don’t stop in the middle of the length – No matter WHO is on your feet, don’t stop in the middle of the length when someone taps you.  Again, putting things into NYC terms for the kids, IF you’re the one that stops, you’re like the car on the FDR highway that uses its brakes too much.  You mess up the flow.  Each person behind you then has to hesitate, brake, stop, and now we have a traffic jam.  Don’t stop until you get to the end of the pool, at the wall, and then… only do a slow turn while the person who is tailgating you can get by quickly.

Use a smaller kick when using fins – Don’t let the larger surface area fool you.  Keep the knees in check and, if you’re on your back, keep the knees under or just touching the surface.  Feel the kick coming from the abs, the core, not from the thighs.  Many young swimmers miss this point, and try to push those fins through the water with a bigger knee kick rather than a small, consistent drive from the middle of the body.

Drive the stroke forward when using fins – Obviously, we did a fin set last night.  If you have fins on, take the opportunity to stay longer, driving the front of the stroke through the water in a great, extended position.  Try not to take the same number of strokes you typically do… or at least try not to keep the same rate that you typically do.  At least the focus of our set was extension and drive, but many of the swimmers were just using the fins to go a bit faster, rather than learning the feeling of driving forward with the kick.

Perform better streamlines – Could this be added to ANY post about how to swim better?  I think the answer is absolutely.  Coaches seldom sit back and say… WOW… the entire group looks stunning leaving the walls.  Yet, that’s the goal.  Swimmers can always do just a little better on this, until they’re running up against the 15 yard/meter mark off every turn.

Self monitor your distance off the wall – This goes with the last point.  Especially in your home pool, KNOW where you’re supposed to come up, and examine where you usually DO come up.  If you check the distance you travel off the wall in warm-up, before you’re hurting, and then check it in the middle of a tough set, you may notice that you’re missing huge opportunities for improvement on EVERY wall.  Challenge yourself to get as close to your mark as often as possible… even if it’s difficult to do.

Show desparation to continue – If you’re swimming with a pull buoy, paddles, goggles, kick board… any piece of equipment… and it falls off, drops off, or leaks… don’t just stop.  Treat EVERY length of a set as if you were in a race.  Imagine that you’re in your championship final at the end of the season.  You dive in, and your goggles start to leak.  Do you stop?  Do you swim back to the wall?  Absolutely NOT!  You panic, you do whatever you can to rip them off and keep going.  Sometimes you just let them leak, but you don’t stop.  How come in practice if there is any slight problem with equipment, swimmers use that as an excuse to stop and fix it.  Fix it at the end of the set, or between intervals.  Show that you’re going to do anything you can to get through the set, and if there’s an equipment failure, you have to remember… YOU are the most important equipment, so focus on that.

Be honest with yourself – You know what you’re capable of.  You know if you’re making mistakes, or if you’re trying to get away with something.  You know if you’ve pulled on the lane line, if you’ve taken a breath inside the flags on the finish, or maybe even NOT finished.  If you become even a little bit aware of what you’re doing, then you have to be honest with yourself about how you’re training.  You have to understand that YOU are responsible for your success.  While your coach makes suggestions, encourages, gives sets they think will help make you better… if you don’t apply proper practice techniques, it will be your fault if you don’t swim fast.

Remember who the most important person on the team is – While there will only be ONE "best" swimmer on the team, the person that ranks the highest nationally, or internationally… to you, there is only ONE most important swimmer in the pool.  It’s YOU!  Take your space in the lane, and make it your own.  Understand what interval YOU’RE supposed to leave on, don’t just follow.  Finish AT the wall even if there are already 6 people sitting there.  Make the pool your own, the practice your own, the team your own, but don’t forget… you’ll be better if you encourage the people around you to be better.  Don’t be a greedy, stingy, self-centered team of one.  Know that no matter how fast, how big, how old, EVERY swimmer in the pool deserves his or her space in that pool, and no one is more important than the other… so make room and respect all.

And that’s just one practice. 😉