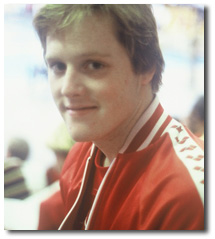 Glenn serves as the producer — and sometimes creator — of the products you see here on Go Swim. Following a 17-year swimming career, he has spent more than 20 years coaching, teaching, and producing instructional products and materials for swimmers.

Glenn resides on the upper east side of New York City.

Being a member of the "Boycott" Olympic team of 1980 certainly has its drawbacks, but Glenn looks at the experience in a positive light. "It gives me something to talk to kids about. Part of my message to kids is that they can learn to redirect their goals, and take pride in what they’ve accomplished, not what they didn’t get. My hope is that Go Swim can give swimmers a few extra tools, and help them focus on the little things that will give them the chance to be GREAT!" 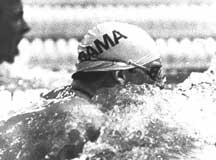 Barbara held numerous age-group national records in swimming and is a veteran of two Olympic Trials, ten marathons, and many triathlons. In 1998 she transferred 20+ years of book-editing experience to a career in swimming.

Rachel has spent years coaching at the USA Club and at the Division I NCAA level. Her most recent posts include the U.S. Naval Academy, University of Maryland and Dartmouth College. Currently Rachel is the interim Head Coach of Asphalt Green Unified Aquatics (AGUA) in New York City.

Artist, and now educational writer, Dave has been working with us from the beginning of Go Swim. His talent as a swimmer is equaled by his talent for making the sport of swimming fun for all. His frequent posts to the discussion board, as well as great articles, make for a fantastic addition to the Go Swim site.