Making a connection between the original "Cinco de Mayo" (which occurred on May 5th, 1862) and swimming is an interesting task but, for Mexicans, there IS a relationship between the two, and I will try to describe it in this essay. 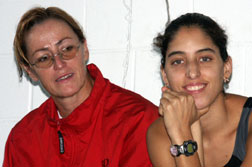 Cinco de Mayo is NOT (as many people believe) Mexico’s "Independence Day."  Mexico declared its independence from mother Spain on September 16th, 1810, and THAT is considered to be their true day of independence. The holiday of Cinco de Mayo commemorates a later date — May 5th, 1862 — when a small, poorly armed Mexican militia of approximately 4,000 men under the command of Brigadier General Porfirio Diaz, defeated a much larger and better-equipped French army of nearly 6500 soldiers. The victory, which took place in Puebla, 100 miles east of Mexico City, was a triumphant moment for Mexicans because the French army (part of Napoleon’s forces) had not been defeated in 50 years.

The victory, also known in Mexico as the Battle of Puebla, was a sort of rallying point against foreign intervention, and that is the main reading of the event from a historical perspective. In Mexico, Cinco de Mayo is seen as a cultural celebration rather than a celebration of independence.

The victory at Puebla was short-lived, however. Upon learning the outcome, Napoleon sent nearly 30,000 more troops and within about one year took over Mexico City and installed Archduke Maximilian of Austria, as ruler of Mexico. (Incidentally, one of the reasons that Americans celebrate Cinco de Mayo is that the Mexican victory forced Napoleon to focus his energies on Mexico, rather than on aiding the Confederates in the American Civil War. Thus, according to theory, the Union Army grew stronger and was able to defeat the Confederates at Gettysburg, just 14 months after the battle of Puebla.) 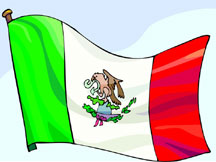 Maximiliano represented European imperialism, which was influenced by the French ideas of the Revolution (he was what the American Anglo-Saxons consider a liberal). He represented the monarchy and the European way of living, and his "empire" lasted for three years, supported by the French, the Catholic Church, and the landowners of Mexico. There were many in Mexico who did not agree with "the empire," and Maximiliano was eventually defeated, returning Benito Juarez to power. Juarez, a Mexican native (full-blooded Zapotec Indian and a lawyer), ordered the execution of Maximiliano after his detention and trial. Maximiliano refused to leave the country, even knowing his death was approaching. His execution was a symbolic death of the past (the Mexicans continued to think and dream about the European culture even after gaining independence from Spain in 1810 and until Maximiliano’s execution).

Benito Juarez came to power after Maximiliano, and some of his ideas were Maximiliano’s in origin. In 1876, Porfirio Diaz came to power, and was president for nearly 32 years, until the Mexican Revolution of 1910, an event that marked a total break with the past. The triangle of Diaz, Maximiliano, and Porfirio constitutes perhaps the richest part of Mexican history. All three heavily influenced the Mexico that followed. Their mixture of ideas, cultures, and races shaped Mexico as it is today. And the holiday of Cinco de Mayo, in large part, celebrates this rich heritage.

What does all this have to do with swimming? Let’s think back to the Battle of Puebla, on May 5th, 1862, when a tiny band of brave Mexicans defeated a vastly larger and better-equipped army of highly trained soldiers. Because of Cinco de Mayo, the Mexicans were able to see that things could happen — "si se puede" (yes, you can do it). In recent decades, particularly since the Mexico Olympics in 1968, Mexico’s athletes have shown that they, too, can do it. Before 1968, there were virtually no swimmers in Mexico except for Guillermo Echeverria, one of the best 1500-meter swimmers of the epoque, and the Mexicans were competitive in very few sports. At the 1968 Olympic games, Felipe Munoz, "El Tibio," won a gold medal swimming 200 meters breaststroke, breaking the hold that Europe, America, and Australia had held on swimming. His victory was akin to that of the Mexicans nearly a century earlier in Puebla, on Cinco de Mayo, May 5th.