← DRYLAND – Stuff We Do Around Here When Glenn’s Away

Cabrito. Of course, I’m probably saying it wrong, but I learned this past weekend that if you go to Monterrey, you’d better plan a trip to have cabrito.

Monterrey is in northern Mexico, and I was there for a two-day swim clinic. Cabrito is actually baby goat (sorry to all the vegans and vegetarians reading this). Although I’ve been on a fairly strict nutritional regimen lately, I’m not one to turn down the local cuisine.

We got started early Saturday morning with a short introduction about what I’d be expecting from the swimmers. The most important aspect would be mental attention. I wanted them to have the opportunity to spend time in the water without having to worry about speed. Instead, I told them we’d spend time doing things they may not ever think about, but things that play an important role in HOW to swim faster.We started with a simple 200 freestyle, which I usually use to evaluate groups. They probably, as most swimmers do, figured they were just supposed to warm up, but I like to see what they do when they think no one is paying attention.

Of course, it didn’t take long for me to see that these swimmers are just like swimmers all over the world. They don’t streamline when they push off. Instead, they’re more concerned with who is in front of them, and with completing the 200. The reading I got was, "Let’s just get it over with, so we can move on to the next thing."

As usual, I instructed them that we were going to have to reach a new level of mutual understanding. I told them I didn’t care how fast they were, but that what I REALLY wanted to see was whether they could perform movements correctly, and search within what they normally do.

This turned out to be the first of many "let’s do it again" lessons.

The first session, which lasted about 3 hours in the water, was hit or miss. I could tell they weren’t completely buying all this touchy-feely, slow-and-thoughtful stuff, and that they wanted to swim faster. As we started to work on starts and turns, breaking the movements down into steps the same way we had done with the stroke drills, they started to understand a bit more about what I was trying to teach and what they were supposed to learn. Ah, the meaning of life…er, I mean swimming. They were starting to realize that it’s the fine points that are important, and they started to not only think, but also to have fun. 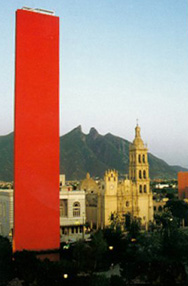 By the beginning of the second day, I saw something great happen. I had asked everyone to swim for a few minutes –thinking of one thing on the way down, and another on the way back. Watching from the deck, I saw an entire pool — almost 40 swimmers — doing exactly what I had asked them to do. From the youngest (8) to the oldest (21)…from beginning competitive swimmers to one ranked as high as 3rd in the nation…they were all THINKING as they swam. I’m telling you…it’s moments like these that remind me why I love my work. THIS is why I do this stuff. I was SO proud of this group, and I wanted to share more.

I was doing things with this group that I have rarely done with others. They were responding so well that I just kept wanting to offer MORE. I’ve modified how I teach groups over time, and I understand now that if I go to a team, and give them endless drills, I do them a disservice. When I teach only drills, I’m asking them to do things that they may not ever have the opportunity to do when I leave.

I have to understand their schedules, and their lives. I believe that drills are important, but I think they’re not nearly so important as pointing out aspects of their strokes that they should think about and experiment with. There are so many variables that exist within each stroke — the range of head positions, the range of arm positions, how the kick works, and how the body should be angled. No two swimmers are the same. I’ve always known this, but it’s only recently that I’ve tried to incorporate this into my teaching clinics. It’s my job during these weekends to give something to everyone, so we worked more on discovering your perfect stroke with a series of assignments. Of course, this only works if the entire pool believes, and understands, what you’re trying to accomplish. I HAVE to get them to believe I ask them to do these things because I want to help them improve. I have to convince them I’m not on deck to tell them how much I know, but to help them discover how much THEY know.

It was a great weekend, and every time I come to Mexico, I realize how wonderful the people are. I make new friends each time, and understand that while our cultures have subtle differences, kids transcend them. Kids (and swimmers, I think) are mostly the same everywhere.

The Mexican children that I’ve met seem to enjoy swimming very much. In fact, Pepito enjoys swimming so much that he decided to take a dip in the fountain at the cabrito restaurant. Pepito turns 3 this week, and was having a good time with his sister Hannah exploring the restaurant. He came back to the table with a smile…and DRENCHED with water. Hannah informed us that Pepito had been playing in the fountain.

There’s no better way to see the similarities in our countries than to see how a 3-year-old toddler behaves. He was wonderful, as was my trip.

Muchas gracias, Monterrey… I may even learn more Spanish before I come back. Now… Listos… Sal!

← DRYLAND – Stuff We Do Around Here When Glenn’s Away