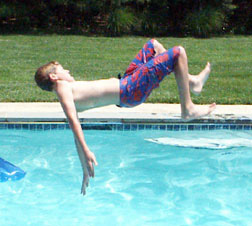 So, while my teammates are staring at the pool before practice wondering how cold the water is, or smacking each other on the butt, I’m jumping in the water — THE FIRST ONE IN!!